Have you heard that legend of Chinatown? The “secret menu”? The authentic food Chinese customers enjoy, while the American patrons gobble glorified chicken nuggets drowned in gloopy sauce?

The legend, it turns out, is not only true – it’s spreading.

I live in Macon, Georgia – Asian population .65 percent. My favorite strip mall Chinese joint here is place called Mandarin. It’s old school, with that formal Chinese décor I remember from the places my grandmother took me near her home on Long Island.

I ask owner Ming Gao: “So if a guy like me walked into the restaurant, what menu would you give me?”

“Uh, you just get a regular menu,” he says with an ever-so-slightly dismissive tone.

The regular menu has sweet and sour chicken, and all the other dishes I recognize as Americanized Chinese food.

But even in the Deep South, there is another option.

From a different bin, Gao produces a smaller sheet with Chinese characters. I ask him to get me the item most popular with his Chinese customers.

I tell him I think I can handle it.

Gao then brings out a big bowl of shellfish and fresh rice noodles in a fire engine red broth. I give it a taste.

And, yeah, it’s really spicy.  But I really like it.

So why does this Chinese restaurateur assume the white guy wants the kid’s menu?

Well, it turns out it this happens to all kinds of people, even Jennifer 8. Lee, daughter of Chinese immigrants, and author of “The Fortune Cookie Chronicles.”

“When I was like in college or something I went to a Chinese restaurant in Flushing,” Lee says. “I went with a friend of mine who was a Latino, and I was offended that somehow I had gotten the American Chinese menu, because I guess they saw me with my friend who was not Chinese, and sort of rounded down.”

Now, of course, this kind of scene plays out at Korean and Ethiopian joints too. But at Chinese places, the brothy real thing and the corn starch thickened fake dishes are just so different.  Lee says that’s because Chinese restaurants have been around a lot longer.

“Chinese food arrived in the United States at a point around the turn of the 20th century, when there was an emphasis on just, like, blandness. Over time, American palates have gotten more sophisticated,” says Lee.

So, by the time businesses like Thai restaurants arrived in droves, she says those chefs didn’t have to alter their dishes as much.

Interestingly, the reverse process appears to be happening in China, says Yong Chen, professor of Asian American history at the University of California, Irvine, and author of the forthcoming “Chop Suey USA: The story of Chinese food in America”.

“Initially when American restaurants went to China, they tried to stay very American, and being American had a lot of appeal to Chinese customers,” Chen says.

That Big Mac was a symbol of modernity to Chinese diners in the 1990s. But now, Chen says, the biggest American player in China isn’t McDonalds – it’s KFC, or “Kěndéjī” as it’s called there.

“One of the secrets of KFCs success was its efforts to tailor to the tastes of Chinese customers,” he says.

“If you order chicken popcorns, you’d be surprised by how spicy those have become, as my two young boys found out on their trip to China in 2004.”

So maybe one day, to get Colonel Sanders’ original recipe in Beijing, I’ll be the one asking for the secret menu. 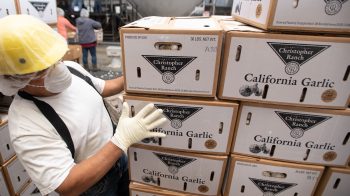