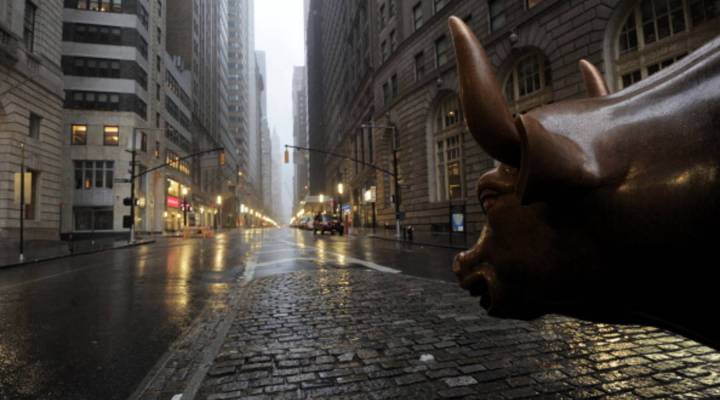 The fifth anniversary of the bull market is right around the corner. The Dow Jones Industrial average is worth nearly triple what it was at its lowest point (that’s 6,447 in March 2009).

Of course, the fifth anniversary of the bull run comes amid lots of talk about a market correction on the horizon. For a true correction to happen, the stock market has to drop at least 10%. That would mean the Dow Jones Industrial Average would have to fall 1,600 points (ouch).

Turns out, we’re due for a fall. “The S&P 500 has averaged a correction every 18 months, and currently we haven’t had one since 2011. So we’re about 28 months overdue,” says Alec Young, global equity strategist with S&P Capital IQ.

“The rally is long in the tooth, but it is also a unique circumstance on a lot of levels,” says Max Wolff, chief economist at ZT Wealth. Even so, Wolff still expects a correction. He says unemployment is high, economic growth has been slow, and then there’s the Federal Reserve: It’s been pumping billions into our economy every month for years, and it’s hard to know what will happen as the Fed slows down the stimulus.

But a correction would probably not turn into a crash, says Gary Thayer, Chief Macro Strategist with Wells Fargo Advisors. He says corporate earnings are strong and most companies’ stock is not overvalued if you look at how much they’re taking in.

“So, we’re expecting it would just be a temporary pullback in the market, not a reversal in the trend.”

So, even if the market’s bull run is over, we don’t necessarily have to brace for the bears.