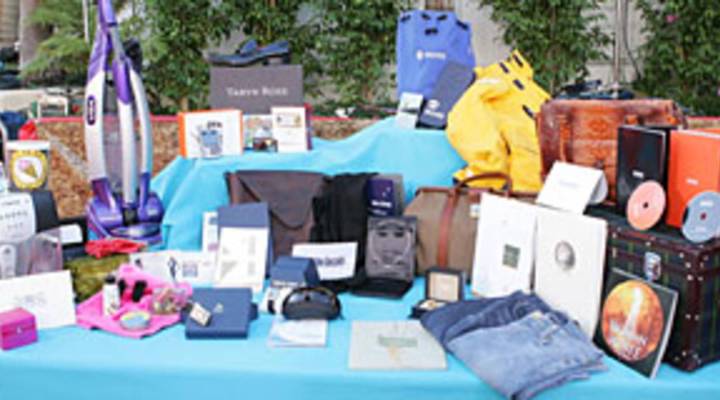 The economics of the ‘swag bag’

The economics of the ‘swag bag’

Even attendees who don’t win a statue at Sunday’s 71st annual Golden Globe awards will receive “swag bags” filled with goodies. The exact contents of the bags seems to be a carefully-guarded secret, but generally, swag bags include luxe items from well-known companies, as well as gifts from smaller, less-well-known retailers. Getting a spot in a swag bag can be a big deal for companies that want to raise their profile.

“Celebrity marketing is huge for brands,” said Karen Wood, President of Backstage Creations, a company that helps brands get their products into celebrity hands. “It’s a great way to inexpensively garner almost an implied endorsement from a celebrity.” Wood says if celebrity tweets about a product, or, better yet, is photographed with it, that could mean big bucks for the business.

For small entrepreneurs whose products aren’t picked for the official Golden Globes bag, there are gifting events set up by marketing firms. Called gift lounges or suites, they’re often set up in hotels. Celebrities are invited to choose their own swag from exhibitors.

Tara Rex, owner of Taradaramadeit, has exhibited her hand-sewn accessories to celebrities like the cast members of “Grey’s Anatomy” and “Breaking Bad.” Rex says her business got a boost after Glee actress Dot-Marie Jones tweeted about one of her handmade iPhone covers.

“After the Golden Globes, I do get a huge spike in traffic and sales,” Rex said.