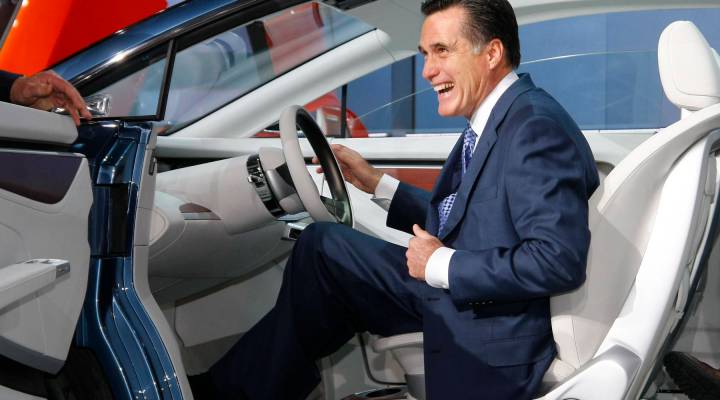 Fiat announced it is going to buy Chrysler in a $4.3 billion deal. Fiat had gotten control of Chrysler as part of a 2009 bailout deal overseen by the Obama Administration, but now Fiat will totally control Chrysler.

As it turns out, the answer might be yes.

We like to be patriotic when we shop. A recent survey by Perception Research Services found three-quarters of shoppers were more likely to buy something because it was ‘Made in America.’

“What they tell us is it’s a concern for the economy,” says Jonathan Asher, executive vice president the research firm. “They want to support jobs at home and that sort of thing.”

Last year, Walmart launched a local product push and pledged to buy an additional $50 billion worth of U.S.-made goods over the next decade. A company spokesman said surveys showed ‘Made in the USA’ was very important to Walmart shoppers.

It also tends to be important to car shoppers.

“For some reason, automobile brands really get associated with the country that originated them,” says Ira Kalb, a marketing professor at USC’s Marshall School of Business. But origins aren’t so simple, especially when it comes to cars.

“What we’ve found is that Japanese, Korean as well as German manufacturers are increasingly building more and more of their product sold in North America in North America,” says Michael Robinet, Managing Director of IHS Automotive.

“Brand is a funny thing; it exists in the mind. In marketing, that’s what we do,” says Kalb. “We’re sort of doing non-invasive brain surgery.”

Kalb says a little brand-surgery might be in order for Chrysler. He says the company will need to address the fact it’s no longer American, especially with older consumers, who tend to care more about where things are made and tend to have more money to buy those things.