After rescue, a question: Who owns Antarctica?

After rescue, a question: Who owns Antarctica?

Down in Antarctica, those researchers trapped in the ice are finally on their way home.

The rescue operation was an international one. A Chinese helicopter shuttled stranded researchers from the Russian ship to an Australian icebreaker.

International cooperation is sort of the theme in Antarctica; a place for science, not business. But considering its untapped natural resources, can Antarctica remain unpolluted by economic interests?

For a long time, there’s been speculation about the natural resources buried under Antarctica. It remains only speculation for a good reason.

“At the South Pole, the ice is over 9,000 feet thick. So even getting down to terra firma to find out whether or not there were minerals or resources there would be very difficult,” says Frank Klotz, a senior fellow at the Council on Foreign Relations.

Klotz says the U.S. should keep a presence in Antarctica in order to maintain influence over how the continent is governed.

Under an international treaty, Antarctica is kept as an icy lab for scientists.

But that international model cuts both ways. For example, the governing body in Antarctica works on consensus.

“Their version of consensus is that everyone unanimously has to agree to a proposal in order for it to move forward,” says Andrea Kavanagh, director of The Pew Charitable Trusts’ Southern Ocean sanctuaries project.

She’s been working to extend protections for the marine life around Antarctica because fishing boats are finding their local waters are all fished-out.

The big prize in those waters is Chilean sea bass. Because of its high price per pound, fishermen call it ‘white gold.’

Instead of cooperation, there’s international competition to net the Antarctic fish. 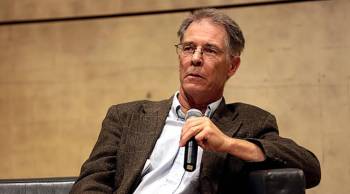 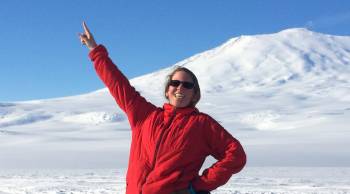 Treating wastewater at the bottom of the world 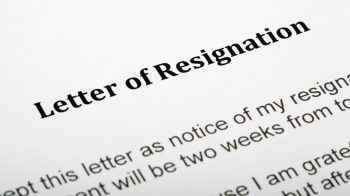