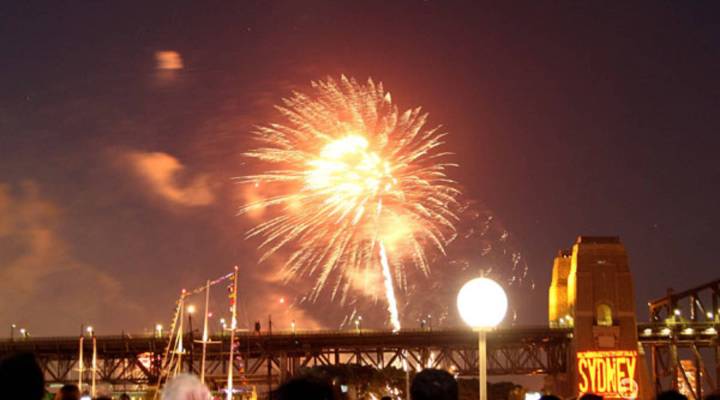 How do I make sure I stick to my resolution?

COPY
Fireworks light up Sydney Harbour with an early warm up session in preparation for its New Year's Eve celebration. Jeremy Ng/Getty Images

How do I make sure I stick to my resolution?

For years, David Weliver, editor of Money Under 30, made financial New Year’s resolutions, but they never stuck. “I made the wrong resolution, to be honest,” says Weliver. “I resolved to budget.”

At the time, Weliver was more than $80,000 in debt. The problem with resolving to budget was the same problem people run in to when they resolve to lose weight, he says. “If you just say, ‘I’m going to exercise more, I want to lose weight,’ you’re bound to not succeed, because those are very vague ideas.” Weliver was able to get rid of his debt by picking resolutions that were very specific and very achievable, such as putting aside $50 a week.

If you want to get your finances in order, specifically, what’s the first thing you should do?

“Aim for zero consumer debt. That includes credit card and auto loans,” says Jill Schlesinger, an analyst at CBS News who has more than a decade of financial planning experience.

After that, says Schlesinger, take care of the basics: Make an emergency fund to last at least 6 months and bump up your retirement contribution as much as you can. “Live beneath your means.”

That’s the major piece of advice David Jones, President of the Association of Independent Consumer Counseling Agencies, has for the resolutionarily inclined. He says that can often be achieved by making small changes to your daily routine. “We see people every day that are having trouble making ends meet,” says Jones. “Yet, they are going to Starbucks twice a day, they are buying lunches out when they could be brown bagging it.”

A lot of us are suffering because the country went through a financial rough patch, so it seems only fair that Uncle Sam should have to make a financial resolution.

“Have a regulatory regime that will prevent us from going through another financial crisis,” is what Schlesinger recommends. She says the most important thing the U.S. can do in 2014 is make sure 2007 never happens again.

“It’s very important when you have a year like we’ve just had to not gloat, but to look ahead and say, well, what could go wrong and let’s address that.”

If 2013 was a good financial year for you, says Schlesinger, max out your retirement contributions, make an emergency fund that could last you a year … and then go out to a really nice dinner.

You can always start your diet in February.