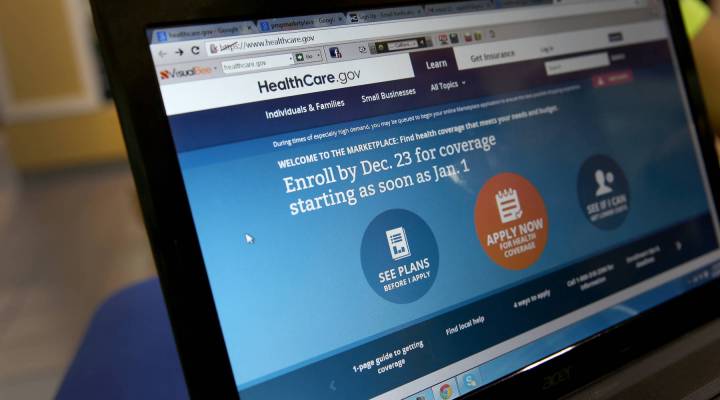 COPY
A computer screen reads, 'Enroll by Dec. 23 for coverage starting as soon as Jan 1. That deadline has been extended by a day. Joe Raedle/Getty Images

A computer screen reads, 'Enroll by Dec. 23 for coverage starting as soon as Jan 1. That deadline has been extended by a day. Joe Raedle/Getty Images
Listen Now

The Obama administration has extended the deadline for people who are signing up for health insurance on the federal exchange. People who haven’t signed up yet now have until the end of today. It’s an extension of only 24 hours, so it may seem like no big deal. But it was done at the last minute, and some insurance companies say they were caught off guard.

Some insurers are irritated. One extra day isn’t a long time, but it is Christmas Eve and some insurers say, they planned to close their offices and call centers. Plus, they have one fewer day to take care of business like sending out membership cards.

But there could be a silver lining for insurers, says J.B. Silvers who teaches at Case Western Reserve and used to run an insurance company. More healthy people are a win for insurers.

The Obama administration isn’t the only one making last minute changes. When it comes to paying for these plans, the insurers themselves have been switching things around.

Normally, you pay for your insurance and then you’re covered — but you have to pay first. Last week, some companies that are selling plans on the federal exchange and on a lot of the state exchanges said they’ll accept payments until January 10, for coverage that begins on New Year’s Day. People can pay out of pocket for things like doctor’s visits and be reimbursed later.

Insurance companies say it’s necessary to prevent gaps in people’s coverage, given the sheer number of hurdles the whole process has faced.