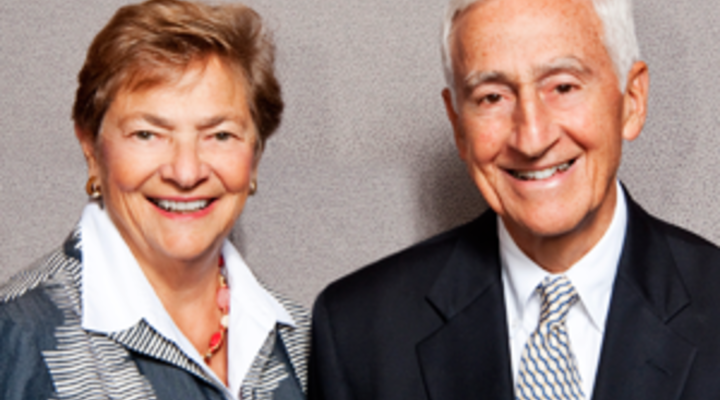 Why do big donors give away millions?

Why do big donors give away millions?

Across the country, the campuses of colleges and universities are dotted with buildings bearing the names of big donors. At the University of Southern California in Los Angeles, I took a guided tour with Hanna Hurr, a senior who gives campus tours to prospective students and their parents.

As we rattled along in a golf cart, Hanna pointed out the Loker Track and Field Stadium, named for former USC trustee Katherine Loker, whose donation of more than 3 million dollars helped fund the stadium’s construction, and the Engemann Student Health Center named for Michelle Dedeaux Engemann who, along with her husband Roger, donated around $15 million, and a host of other labs, libraries, and centers that bear the names of wealthy donors.

The sheer proliferation of buildings named for wealthy individuals and families might suggest that one of the motives behind generosity is the credit that one receives for a gift.

Jennifer McCrea, a philanthropic fundraiser and senior research fellow at the Hauser Institute for Civil Society at the Center for Public Leadership at Harvard’s Kennedy School, says, in her buisiness, this is known as “the edifice complex.” McCrea says peer pressure and recognition entice some people to give, at least, initially.

“People often enter philanthropy from a very social perspective,” McCrea said. “This is the world of galas and special events and putting your name on a building, and to a certain extent, that’s fine. I’m totally fine with people naming stuff, as long as it’s not just about ego.”

McCrea says more often than not, donors choose to give to projects about which they truly care, a lesson she learned during her first job out of college: raising money for her alma mater’s new science center.

“It was 1998, so I had one of those hard briefcases full of blueprints,” McCrea said. “I just started calling on alumni and parents and friends of the college and would sit down in their office and pull out the blueprint and say ‘your name goes here.’ And I was having no luck.”

Eventually, McCrea had what she refers to as an “epiphany.” She stopped talking to donors about money and instead, about what the science center would mean for the campus. When she did that, they started to come on board.

Dr. Roy Vagelos and his wife Diana donated $50 million to the construction of a new graduate and medical education building for Columbia University Medical Center, that will bear their names. Asked whether that was part of the motive for his gift, he sounded exasperated.

“Names don’t mean a hell of a lot to me,” Dr. Vagelos said. “The fact that students at Columbia will have the best facilities, probably in the world, for their education, is important to me.” Vagelos, the son of Greek immigrants who owned a restaurant in New Jersey, graduated from Columbia’s medical school on scholarship, sixty years ago.

“I was born in October of 1929, which was the month of the stock market crash, the big crash,” Vagelos said. “Our little restaurant specialized in ice cream and homemade candies. That went down the tubes at the time of the stock market crash.” After graduating from medical school, Vagelos embarked on a high-profile career. He rose to become the CEO of Merck Pharmaceuticals.

As with anything involving human motive and money, there are  shades of grey. Experts in the field of philanthropic giving say wanting credit can be almost entirely unselfish.

“People want credit for different reasons,” said Jen Shang, a professor of philanthropic psychology at the Center for Sustainable Philanthropy at Plymouth University and Indiana University. “So for example, everyone knows Bill Gates tells people when he does something. The motive for that, at least being publicly perceived, is that he wants to encourage other people to do the same thing.”

Even if getting credit isn’t the main reason for a gift, it likely doesn’t hurt. USC senior Hanna Hurr has a job lined up after graduation. She’ll be working with Goldman Sachs. And she’s quite sure that at some point, she’ll give back to her alma mater.

“I was just telling my mom the other day that, in the future, when I start to be financially independent and I’m able to have some spare income to donate back to USC, I definitely plan to,” Hurr said. “I’m a big fan of puns. I always thought it would be fun to have a Hurr Scholarship, for women who plan to enter management and business.”

Marketplace thanks the Annenberg Space for Photography in Los Angeles, which generously offered interview space for reporter Noel King and Harvard University’s Jennifer McCrae. More information about the Annenberg Foundation can be found here.