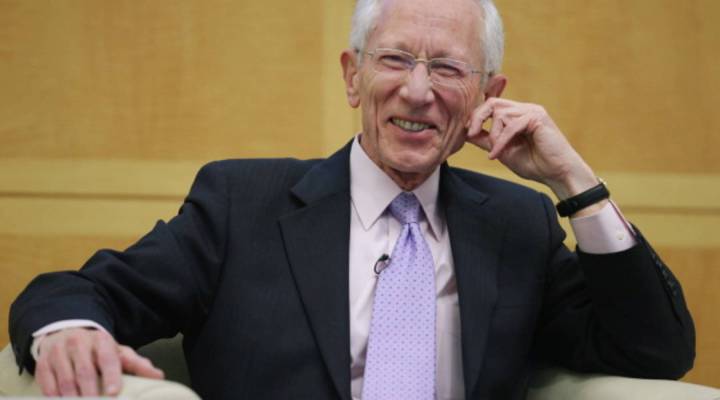 Who is Stanley Fischer?

Who is Stanley Fischer?

Stanley Fischer is the man tipped as the leading candidate to succeed Janet Yellen at Vice Chairman of the Federal Reserve when she ascends to replace Ben Bernanke.

Q. Great, that’s why I’m hearing his name today. But who is he, really?

A. Mr. Fischer is the former governor of the Bank of Israel. He’s been a deputy head of the IMF, a vice chairman at Citigroup, chief economist at the World Bank, a professor of economics at MIT, and an advisor to many central bankers, including Bernanke. He’s 70 years old.

Q. Okay, former Israeli central banker. Does that mean he’s Israeli, and does that matter?

A. Indeed he is. He was made an Israeli citizen when Prime Minister Ariel Sharon asked him to head Israel’s central bank in 2005, but he has retained his American citizenship. And besides, nationality doesn’t seem to matter much when it comes to heading central banks these days: The governor of the Bank of England, for example, is Canadian.

Q. So, Fischer’s stepping into the fiscal fire. What’s his leanings: Is he a devotee of Keynes or Hayek?

A. Neither. A profile in the Washington Post says he identifies with both sides, and is an architect of so-called “New Keynsian” economics.

Q. So what does that mean he thinks of the taper and quantitative easing?

A. It’s hard to say. Fischer has stated that he thinks the financial crisis proves that Keynsian economics is still very important. That includes the aggressive use of monetary policy, which is what all this bond-buying is about. But during the financial crisis, he moved aggressively to raise interest rates in Israel, so it’s possible that he might, were he appointed to the Fed, argue for an aggressive tapering of the program.