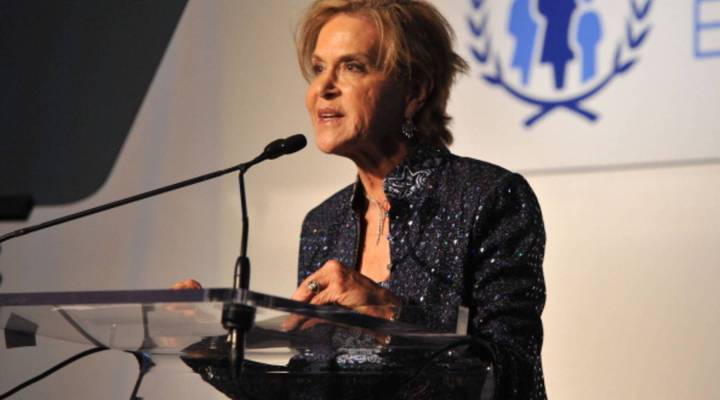 COPY
President of The Rockefeller Foundation Judith Rodin speaks onstage at the United Nations Every Woman Every Child Dinner 2012 on September 25, 2012 in New York, United States.  Larry Busacca/Getty Images
A lot to give

When asked for an example of philanthropy at its most effective, Tom Tierney, author of “Give Smart: Philanthropy that Gets Results,” likes to talk about a (largely-forgotten) metallurgist named John Dorr, who changed the way we drive.

In the early 1950s, highways only had one set of lines, that ran down the middle of the road. At night, or in bad weather, drivers clung to the center line, dangerously close to each other. Dorr’s wife suggested to him that painting lines on the outside of the road, effectively creating driving lanes, might reduce accidents.

Dorr pitched the idea to highway commissioners in New York and Connecticut, and initial tests showed that the lanes did indeed reduce accidents. However, the process of the painting lines was expensive, and state authorities needed to be convinced. Dorr, who was wealthy, used money from his own philanthropic foundation to conduct more tests, and to advocate for adoption of the lines, and, in time he made his case, leading to the near-universal presence of driving lanes.

“There’s a kind of philanthropy we’re all familiar with, and most Americans participate in, and that’s charity,” said Tierney, who is co-founder of the non-profit Bridgespan Group, which helps philanthropists get better results for their money. “There’s another kind of philanthropy, however, that’s not addressing the consequences of problems, but working to solve those problems.”

The notion of philanthropy as a force for solving problems dates back at least a century, as titans of industry John D. Rockefeller and Andrew Carnegie were struggling to define what modern philanthropy should be.

“We found many, many letters in our archives between the two of them,” said Judith Rodin, President of the Rockefeller Foundation, “wrestling with this question: is what we are trying to accomplish something different than charity? And Rockefeller wrote ‘We don’t want to put bandages on weeping wounds. Philanthropy is about trying to solve problems at their root causes.’”

One of the biggest challenges currently facing society, that of mass urbanization, would likely have been unimaginable in John D. Rockefeller’s time. The negative knock-on effects of human beings migrating to urban areas are almost too numerous to count. If a city is struck by an earthquake, a violent storm, flooding or a fire, millions of people, rather than thousands, are affected. Overcrowding has strained public health systems to the brink and worsened age-old sectarian rivalries. In response, the Rockefeller Foundation has begun an initiative called 100 Resilient Cities, aimed at helping city officials respond more quickly to shocks and stresses.

As part of the initiative, 100 cities spanning the globe were chosen from a pool of around 400 applicants. The first 33 cities were announced earlier this month. Each of the chosen cities will receive what 100 Resilient Cities Managing Director Michael Berkowitz refers to as a “platform of resources and services.” The initiative will work with each city to create a brand new job: Chief Resilience Officer.

“Chief Resilience Officer is a senior person in city government,” said Berkowitz. “You can think of him as mayor minus one, with the breadth and scope to coordinate across sectors and connect the dots of different efforts. What we’re going to do is help the cities hire them. And we’re going to pay their salaries for two years.”

Berkowitz can envision a world where a Chief Resilience Officer becomes an integral part of city government, rather than an idea which is currently chiefly experimental.

“In twenty years, we would hope that a city wouldn’t run its operations without a Chief Resilience Officer any more than they would without a chief of police,” Berkowitz said.

For any large urban area, working with a timeline of twenty years is a challenge. Many cities change their mayoral administrations every few years. Here, too, philanthropy has an advantage. Foundations, unlike mayors, cannot be voted out of office, theoretically freeing Berkowitz and his colleagues to check up on their progress even two decades from now.

“[Foundations] are set up purposely to exist in perpetuity,” said Rob Reich, co-director of Stanford’s Center on Philanthropy and Civil Society. “So they have an eternal time horizon. They have endowments which are meant to exist for a long time, so you can think over the ten year haul or the twenty year haul.”

Some of the first American philanthropic initiatives are still in existence, including the 1,700 public libraries built by Andrew Carnegie all across the country. Reich says a few years ago, when California was having trouble funding its public libraries, there was a suggestion that perhaps foundations or philanthropists should step in. He views that as a step backward.

“Successful operation of a foundation, in the model I have in mind, is where foundations stimulate the creation of some new social policy,” said Reich. “So the idea that when California zeroed out the budget for public libraries, it should go back to private funding, is a step backward, not a step forward.”