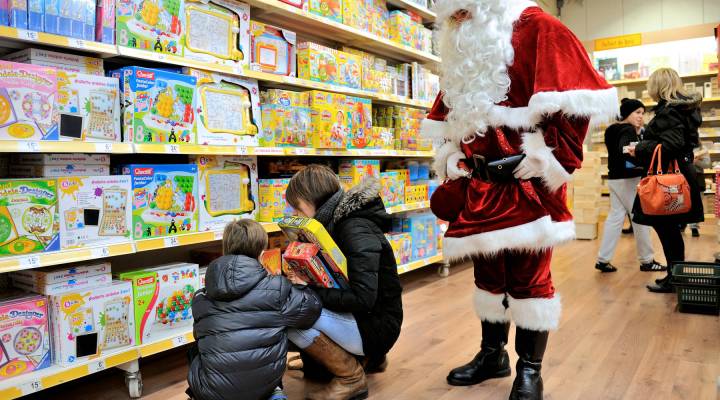 Thanksgiving comes later than usual this year — and retailers are panicking

A Santa Claus looks a boy and his mother buying Christmas gifts on Dec. 15, 2012 in a toy store. PHILIPPE HUGUEN/AFP/Getty Images

Thanksgiving comes later than usual this year — and retailers are panicking

A Santa Claus looks a boy and his mother buying Christmas gifts on Dec. 15, 2012 in a toy store. PHILIPPE HUGUEN/AFP/Getty Images

Black Friday is upon us and this year is technically the shortest holiday shopping season possible. That’s because Thanksgiving falls on the latest possible Thursday this month of November.

“It’s one of the reasons they’ve got a bunch of retailers opening on Thanksgiving Day,” says Swonk, “so some people won’t enjoying Thanksgiving, they’ll be out shopping.”

She says that even though most consumers shop for gifts between December 15-25, retailers are still worried.

“It will be the most promotional and sales-oriented holiday season we’ve seen really since about 2008,” she says.