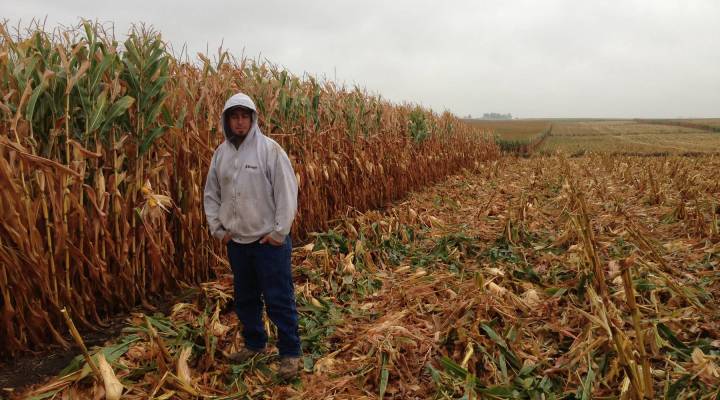 Apps, fancy combines, and big money: The future of farming is now

Apps, fancy combines, and big money: The future of farming is now

Apps and gadgets aren’t just for teens and tech heads. Their reach and usefulness extends all the way into the American heartland, where farmers are finding more use for new technologies than ever before.

Marketplace’s Stacey Vanek Smith recently went to Iowa to report on the farming industry, and found some surprising amenities when taken for a ride in a combine. The CD player was just the beginning – farmer Ben Albright’s combine had autopilot, touch screens, air conditioning, and a multitude of settings that wouldn’t be out of place in a car. New combines retail for around $500,000.

Apps are also gaining popularity among farmers. Among the most popular are goCrop, which keeps track of irrigation systems, FieldView, which tells farmers what they’ve planted and where, as well as apps that do things like keep track of humidity, crops, and farm records.

While the changes seem small, the overall result can be quite significant. New technologies allow farmers to be more efficient and productive. And that can mean big money at the end of the harvest.

Speaking of farming and tech, check out these videos of Russian tractors racing, doing acrobatics on front-wheels only, and, of course, crashing into buildings.