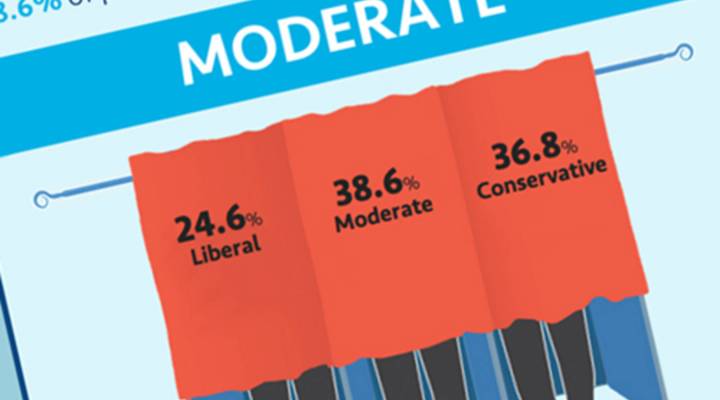 For this chart, we used data gathered by the General Social Survey on incomes and political ideology. Income as defined by the GSS was family income (the incomes of all those related and living in a household). All incomes are before tax and government transfer.

The original question asked by the GSS on politcal ideology was phrased as follows: “We hear a lot of talk these days about liberals and conservatives. I’m going to show you a seven-point scale on which the political views that people might hold are arranged from extremely liberal–point 1–to extremely conservative– point 7. Where would you place yourself on this scale?”

Marketplace then grouped extremely liberal, liberal and slightly liberal into one category; and extremely conservative, conservative and slighty conservative into another catagory. People who responded that they were moderate stand in their own catagory. For our purposes, “don’t know” and “NA” were not included in our interactive calculations.