There has been a cost to the gridlock in Washington over the past few weeks. Standard and Poor’s puts it at $24 billion. S&P says that $24 billion loss will shave at least 0.6 percent off fourth quarter GDP growth. And the costs are likely to continue, because the agreement to re-open the government and raise the debt ceiling is only temporary. Sam Stovall  is chief equity strategist at S&P Capital IQ. He says businesses will be reluctant to invest in this atmosphere.

“Companies who are sitting on hordes of cash are going to be less willing to spend that cash if they realize that another fight is just around the corner,” Stovall says.

Consumer confidence is also taking a hit, which leads other economists to worry they’ll spend less during the  all-important holiday shopping season. And there’s another cost to the government — it’s having to pay more to borrow money. IHS Global Insight estimates higher interest rates will add $114 million to the federal debt. 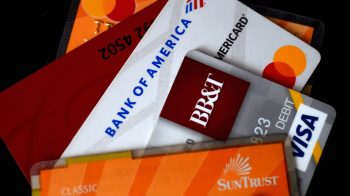