Hundreds of thousands of federal workers who had been furloughed are back at work, and it’s safe to say that many of them are playing catch-up. It’s also safe to say that a lot fell by the wayside over these last 16 days.

When all is said and done, it may be that one of the biggest casualties of the 2013 government shutdown was data. The government collects reams of it – terabytes of it – every day.

Katharine Abraham, a professor of economics and survey methodology at the University of Maryland, was Commissioner of the Bureau of Labor Statistics from 1993 to 2001. She says that without this data, “you just don’t have a way to monitor what is going on in the economy.”

Eventually, we’ll get data collected before the shutdown started. But what about the Consumer Price Index? That indicator measures the changing price of goods and services.

“You know, you just can’t make up data that you didn’t collect,” says Martha Farnsworth Riche, who was director of the U.S. Census Bureau from 1994 to 1998.

Agencies have to decide whether to scrap reports altogether or release incomplete information. According to Keith Hall, who was Commissioner of the Bureau of Labor Statistics from 2008 to 2012, this isn’t only a nuisance to researchers.

“Literally hundreds of billions of dollars of federal spending is guided by this data,” Hall says. “Companies rely on this data, on everything from adjusting contracts to helping set wages to looking at what’s happening in particular industries.”

When the government is up and running, it collects data on education, on agriculture markets and crop prices.

“Farmers check the data very carefully, because they have to make plans about what they are going to plant,” says Jim Dunn, a professor of agricultural economics at Penn State.

Their buyers also rely on this information, and so do banks that lend farmers money. Government data is essential, Dunn says, to the entire food industry. 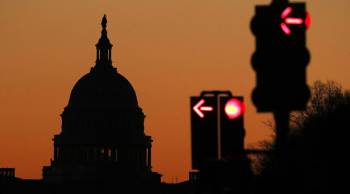 The partial shutdown could delay economic data, too 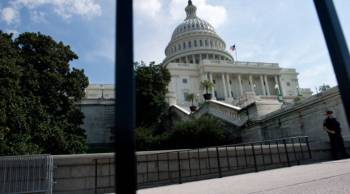