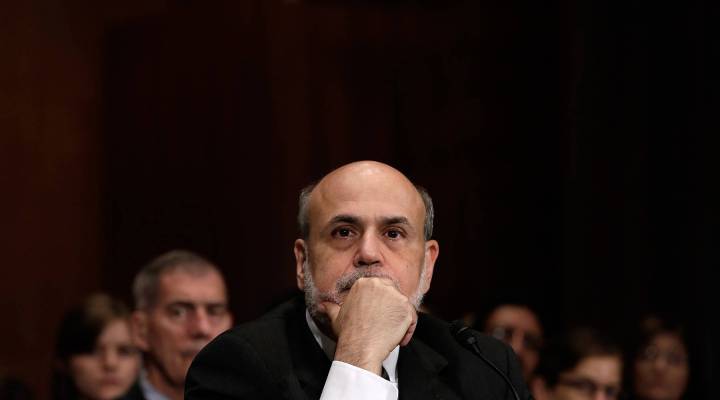 The legacy of Ben Bernanke

The legacy of Ben Bernanke

When Ben Bernanke took the helm of the Fed in 2006, the Dow Jones Industrial Average had broken through to 11,000 and the economy was going gangbusters. Three years later, things looked a lot different. The Dow had fallen below 7,000 for the first time in more than 11-years.

Matthew Slaughter, an economist at Dartmouth’s Tuck School of Buiness, says Bernanke’s academic background as an expert on the Great Depression proved to be crucial. “One of the scholarly lessons he shared with the world during his academic work was the need for central bankers to innovate, especially in times of crises,” says Slaughter.

And innovate he did, says Beth Ann Bovino, an economist at Standard & Poor’s. “You’re looking at one of the most creative chairman in history,” says Bovino. “Each time markets felt that the Fed was out of bullets, he’d pull out of bazooka.”

One of those bazooka was quantitative easing. The Fed bought billions in bonds to keep interest rates low and spur consumer demand. “I was scared. I wasn’t sure it would work,” says Bovino.

But it did work, says Lawrence White, an economist at New York University’s Stern School of Business. White says Bernanke’s daring moves kept the economy from going off a cliff. At the same time, he says, Bernanke broke with convention to change the culture of the notoriously cryptic Fed, making it “a more open, less mysterious place.”

Bernanke held regular press conferences and tried to explain Fed policy. And those policies had plenty of critics. “Some people are thinking inflation is just around the corner and he’s been way too vigorous,” says White. “Plus he’s seen as part of the cabal that bailed out the banks.”

Publicly, Bernanke has handled the pressure with calm and occasional humor, like in this year’s graduation speech at Princeton, where he defined the field of economics in this way: “A highly sophisticated field of thought… that is superb at explaining to policy makers precisely why the choices they made in the past were wrong. The future, not so much.”

Economic legacies are hard to predict. Bernanke’s predecessor, Alan Greenspan, was knighted during his term as Federal Reserve Chairman and now, he’s largely blamed for the financial crisis.