The cost of retiring a Native American mascot

The cost of retiring a Native American mascot

President Obama sat down for an AP interview a few days ago. And in the midst of of everything going on — or not going on — in Washington, he took the time to weigh in on the NFL. Specifically, the controversy over the Washington Redskins and the pressure from Native Americans to change the team’s name.

To understand the economics of an NFL logo rebranding, I called up Mike Lewis. He’s been thinking about the issue of Native American mascots since high school.

“My hometown is a place outside of Chicago called Naperville, where one of the high schools was the ‘Redskins.’ They changed it to the ‘Red Hawks.’ Then I went to University of Illinois, and we know how that story has turned out,” says Lewis.

The Univeristy of Illinois retired its native American Mascot Chief Illiniwek in 2007.  Today Lewis teaches marketing at Emory University’s Goizueta Business School, where he coauthored a paper on the Economics of Native American Mascots. Lewis’s paper looked only at data from college sports.

“The key thing was,” Lewis says, “we didn’t find any real effect of going away from the Indian mascot.”

Allen Adamson is a branding expert with Landor Associates, and he says that the short term costs of rebranding an NFL team are not insignificant.

“They can range depending on how fast you need to do it, anywhere from $5-15 million, believe it or not.”

Those costs include, hiring a creative team to come up with the new logo and then slapping that logo on everything from uniforms to stationary. But Adamson says, those costs would be offset by all the fans who rush out to the old gear, now a collector’s item, and by fans buying the new stuff.

Kenneth Shropshire is a lawyer who specializes in sports business. He says the Redskins would have to share all that new revenue with the rest of the league.

“The NFL has worked hard probably more than most leagues at trying to keep those items centralized in term of where the value goes,” he notes.

But chances are there won’t be a new logo anytime soon. Redskins team owner Daniel Snyder has vowed never to change the name. 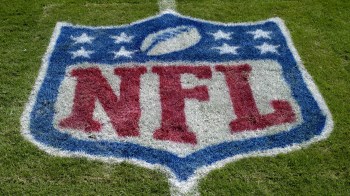