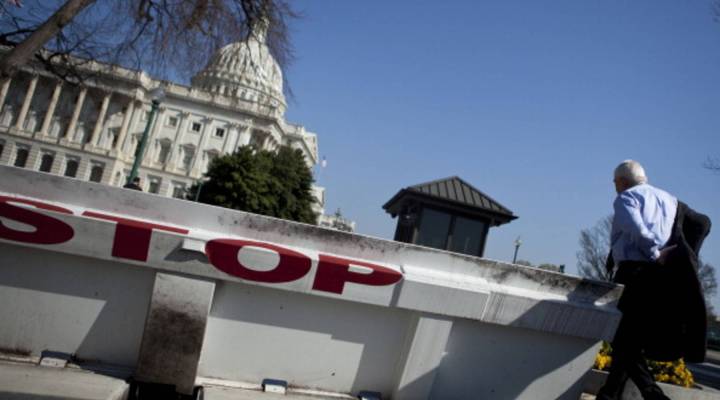 A view of the U.S. Capitol Building in Washington, DC.  BRENDAN SMIALOWSKI/AFP/Getty Images

A view of the U.S. Capitol Building in Washington, DC.  BRENDAN SMIALOWSKI/AFP/Getty Images

We here at Marketplace Money pride ourselves on helping everyday Americans take control of their personal finances.

Hopefully you’ve learned a thing or two by listening to our program — just as we’ve learned a lot by hearing from you.

In fact, we think there’s so much helpful, financial knowledge in our collective memory banks, that we could share some of that personal finance know-how and financial literacy with Washington lawmakers as they seem to need a little help right now.

Without further ado, here are seven lessons we’ve learned together (with a little visual help from Hollywood) that might help our government out — GIFs included just for fun:

Whether it’s your credit card, student loans or mortgage — millions of Americans are in debt. To pay that debt down, financial experts say you need to be on a payment plan. It’s gratifying for us to hear from listeners who have managed to ditch their debt. We’re hoping America is able to start doing the same.

We’re hoping our nation’s lawmakers can find a way to pay off its debt and get on a payment plan. We can put them in touch with some good financial planners.

2. How to build an emergency fund

No matter how much you make or how well you plan, bad things can and do happen. We’ve talked to people dealing with all sorts of emergencies, including a lost job or unexpected health care bills. So having a solid emergency fund is essential.

But a lot of folks also have debt to pay off. Almost everyone, at some point, faces that question of whether to pay down debt or save for an emergency fund.

In order to make an informed choice, you have to set your priorities and understand the consequences to your options. Financial experts say an emergency fund should cover three to nine months’ worth of your living expenses.

So keep plugging away and adding as much as you can to your rainy day fund. You’ll set a good example for your loved ones — and hopefully America, too.

3. How to live within your means

Sometimes it’s simpler said than done — there are credit cards, after all. In the case of the government, the U.S. borrows cash by issuing government securities, purchased by other nations and institutions. So while a lot of America’s national debt is owned mostly in the U.S., other economies hold some of our debt.

As of July 2013, here are the top foreign holders of Treasury securities:

4. How to stay on budget

Many Americans face a challenge in managing the money they make and the money they spend. The solution is to make a budget. We know creating a budget and sticking to it can be difficult. But we’ve also learned that you’ve got to do it.

Creating a realistic and sound budget plan will help you achieve your financial goals. And one lesson you’ve hopefully learned by listening to Marketplace Money is identifying where the cash leaks are and plugging them up.

Now, we know that the federal budget is incredibly complicated. It’s different from a household budget in many ways. For an individual, or family, the budget includes things like housing, food, and transportation. But government spending priorities are very different.

Take defense spending, for instance, which takes up about 20 percent of the national budget. That’s not really in a household budget. So while we can’t really compare a household budget to the federal budget, we can impart this lesson to our elected officials: budgeting is essential.

Find a way to cut the fat, folks!

5. How to determine a need vs. a want

Here’s a very basic personal finance lesson most of us learn growing up: Distinguishing between needs and wants. Needs are things we really can’t live without. Wants are things we’d like to have, but even if we don’t have them, we’ll survive (although some people fight that logic and wind up going bankrupt by spending $100,000 on Beanie Babies).

We know that politicians spend a lot of time talking about cutting down on government waste. But one man’s waste is another man’s want is another man’s need. It’s all relative. Each of us has to design a system to sensibly justify and prioritize our purchases — and the government shouldn’t be exempt from that.

6. How to find a good financial planner

Some might say America’s financial planners are a combination of the Federal Reserve Chair and the Treasury Secretary. The Fed’s moves — changing expectations for inflation and interest rates — have a big impact on your wallet. While the Treasury Department provides economic advice to the president and promotes economic growth through policies to support job creation, investment, and economic stability.

Both play a key role in protecting the U.S. economy. But you may have heard recently, there’s been some drama trying to find a replacement for current Fed Chairman Ben Bernanke. Skip the drama and secure a sound financial planner to protect your dollars.

7. How to communicate about money

This final lesson is of particular importance to the people who produce Marketplace Money. Each week, brave listeners volunteer to share their personal stories about the trials, tribulations and triumphs they’ve had involving a very intimate topic: Money.

Their willingness to openly share their experiences is what drives our show. As much as there is to learn from the wonderful experts we have on the program, the biggest takeaway comes from the real-life tales of people who share their stories.

And we know that communicating with others about money is tough. We get that.A lot of people don’t like to talk about it at all.

But when you are charged with making financial decisions, you have to have honest conversations about how to accomplish shared goals. Today’s government shutdown is proof of that. So here’s a message to Washington: Instead of making threats and hurling ultimatums, sit down and talk things over sensibly next time.

And if you need some inspiration, have a listen to Marketplace Money. 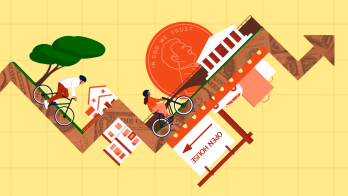