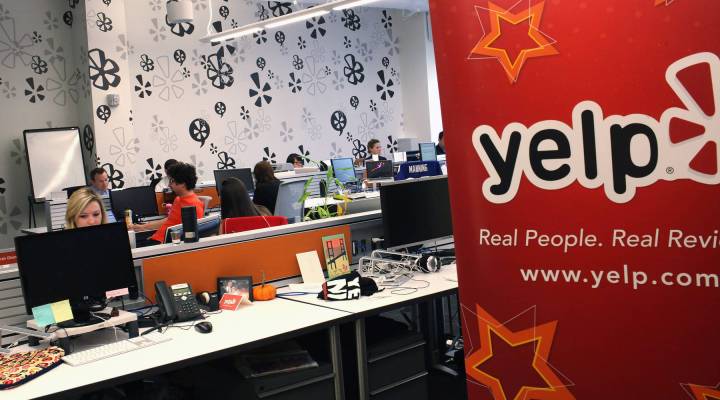 COPY
Employees of the online review site Yelp at the East Coast headquarters of the tech company in New York City. New York is cracking down on fake online reviews. Spencer Platt/Getty Images

The Big Apple is cracking down on fake online reviews. Today, regulators in New York are unveiling settlements reached with more than a dozen companies, totaling $350,000 for writing fake reviews — giving themselves raves or falsely slamming the competition.

“We’re in the stage where a customer doing a review has way more power in many cases than professional critic reviews,” says entertainment analyst Robert Galinsky.

A 2011 Harvard study found an extra Yelp star raised a company’s revenues by up to 9 percent. “When you have a bad review and you lose a customer,” says Galinsky. “You lose some income, that’s not good for business.”

Or the city, which could be why New York’s Attorney General is taking this step says Aram Sinnreich, a media analyst at Rutgers University.

“I’m from Brooklyn, I know whether Junior’s cheesecake is good or not,” says Sinnreich. “But someone who is traveling here from Italy or from  Hong Kong might have no idea.”

Still, says Sinnreich, policing sites like Yelp won’t be easy because businesses get crafty with so much money at stake. In some cases, they bribed customers with freebies to write good reviews.