There has been a boom in gun buying for almost a decade now.

“It waxes and wanes here and there, but generally it has been up and to the right,” says Andrea James, an analyst with Dougherty & Company.

Stock prices for the two publicly traded firearms manufacturers in the U.S. — Sturm, Ruger & Company and Smith & Wesson — have followed the same trajectory. They have been up over the long term, but they were down last December, after the shooting at Sandy Hook Elementary School. (See: RGR and SWHC since last December)

But that didn’t happen that way after last week’s shooting at the Washington Navy Yard.

That’s because investors seem to be less worried incidents like these will lead to gun control legislation that would affect sales, James said.

“I think that everyone is kind of coming to the understanding that major gun control legislation is not going to get the political support that it needs,” she says.

President Obama said as much last night, at a memorial for the victims of the Navy Yard shooting.

The shooting in Newtown affected everyone, says Neal Dihora, an equity analyst with Morningstar. “If we couldn’t get Congress to do something at that time, it is just hard for me to believe that other shootings will do it,” he said.

Among the proposals that failed to gain traction in the Senate was a stiffer background check measure that had wide public support. In the week since the Navy Yard shooting that left 12 people dead, there hasn’t been the usual hue and cry, or any new legislation proposed.

But Dihora says something else may be at work too: “It just seems like there is a lot of other stuff going on right now.”

Investors have been focused on the Middle East and on the Federal Reserve, and also on the budget battle in Washington.

So, shares in gun makers continue their upward march. Sturm, Ruger & Company’s stock price is almost 10 times what it was just five years ago. 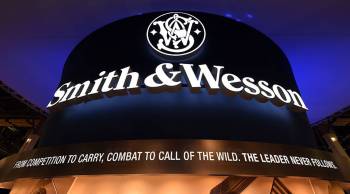