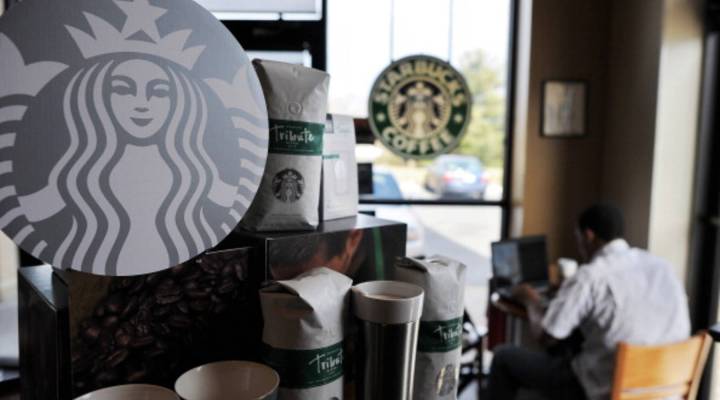 If the text of his open letter is any indication, the last straw for Starbucks CEO Howard Schultz was “Starbucks Appreciation Day” in August. Gun rights activists  across the country rallied at Starbucks stores to express their appreciation for the company’s stance on gun carriage. Until now, Starbucks has fallen in line with state and local laws, allowing gun owners in “open carry” states, where it is legal to tote unconcealed weapons, to bring those weapons in to stores.

Schultz, in the letter, stopped short of issuing a ban on firearms in Starbucks stores and seating areas, saying instead that he is “respectfully requesting” customers leave their guns behind. His language struck some as equivocation.

“The way he billed it was, ‘it doesn’t fit in with the Starbucks experience,'” said Paul Argenti, a professor of communication at Dartmouth’s Tuck School of Business. “Which, you know, give me a break. Why don’t you tell people not to bring guns in to the store?”

Some analysts say they believe Schultz’s decision resulted from his personal values and a desire to protect customers and staff.

“Howard Schultz is passionate about America and protecting employees in [Starbucks] stores,” said Paul Williams of marketing firm Idea Sandbox. Williams, who has worked for Starbucks in the past, says the company has a history of courting controversy. He points to the time when Starbucks first emerged as a caffiene powerhouse.

“Most of the coffee in America was a lighter taste and Starbucks put their mark in the market by offering something that was roasted and darker than normal,” Williams said. “And that polarized people.”

This time, the stakes are higher, but most industry observers don’t expect a mass exodus of Starbucks customers.