Are concerns about cyber war too sensationalist?

Are concerns about cyber war too sensationalist?

The U.N. General Assembly started this week. Syria is top of mind for many leaders, but there’s a related topic also getting attention this year: The looming specter of cyber war. Hackers from one nation attacking the missile defense systems, power grids and water supplies of another country is a popular topic at the U.S. Defense department, too.

But Thomas Rid, professor at King’s College London, warns of the dangers of cyber war sensationalism.

“By constantly talking about cyber war, we are staring at the wrong end of the spectrum,” he says. Rid says a greater focus should be placed on commercial espionage and fraud since those are happening on a much larger scale. 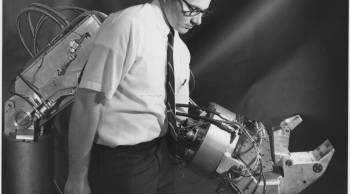 Tracing the history behind the cyber wars of today