Western businesses pull out of Egypt

Western businesses pull out of Egypt

The situation in Egypt has gotten more violent and more precarious. More than 600 people have died and thousands more are injured. President Obama cancelled joint military exercises scheduled to start next month. And the U.S. Department of State warned American citizens living in Egypt to leave the country immediately due to the continuing political and social unrest. A country-wide curfew has been put in place, making it hard for the Egyptian economy to thrive.

Many big businesses there, like General Motors and Electrolux, are shutting down operations as well. Cairo-based journalist Kimberly Adams says that as the situation remains unstable, more factories will be shut down.

Adams says that the curfew and turmoil is hurting the economy on a small scale, too. Some business owners have had to let their workers leave early to make it home in time for curfew. And workers on the job may be distracted by what’s going on or worry about how they will get home through protests. In addition, Adams says that Egyptians do the bulk of their recreational activities and shopping in the evening, but because they are now unable to do that, many shop owners are losing business.

“Because Cairo is such a huge city and a lot of people have really long commute times, sometimes people just can’t do their shopping and their errands until late in the evening,” says Adams. “But now, they’re just stuck at home.” 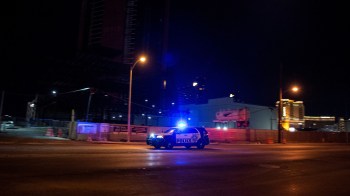