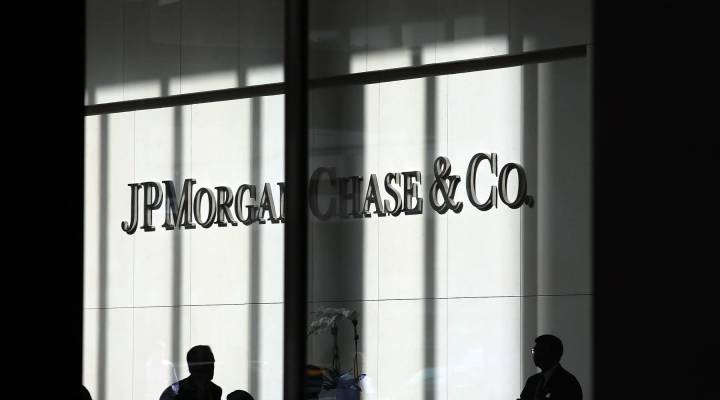 PODCAST: JPMorgan to settle with SEC over ‘London Whale’

PODCAST: JPMorgan to settle with SEC over ‘London Whale’

JPMorgan Chase is apparently moving towards settling with the Securities and Exchange Commission over huge losses racked up by one of its traders known as the “London Whale.” JPMorgan is reportedly ready to admit wrongdoing over the ill-fated trades. Bruno Iksil, a former derivatives trader, became known as the London Whale because of the scale of the bets he and his team were making, which cost JPMorgan Chase more than $6 billion. Besides the massive sum of money lost, the case is unusual because it has elicited a rare admission of wrongdoing from a bank.

If you have been keeping track of the patent lawsuits between Apple and Samsung, you may remember that Samsung recently won its case with the U.S. International Trade Commission. The commission ruled that the iPhone 4 and the iPad 2 infringed on Samsung’s patents. So the commission banned the sale of them in the U.S. Then the Obama administration vetoed that decision. The latest case will play out today in a federal appeals court. Apple wants the court to ban some of Samsung’s older smartphones. If the court rules in favor of Apple it could force Samsung to change designs for future products. But financially speaking the ban will have little financial effect on Samsung. The smart phones Apple wants banned account for less than one percent of Samsung’s sales.

This week, children in many parts of the country go back to school, just as districts enact cuts due to the sequester. The 5.2 percent across-the-board reduction in education funding amounts to about $1.7 billion. It trickles down from state, to school district, to individual school. Not all students will feel the impact of the cuts, but those who do will likely lose a teacher or staff member. According to the American Association of School Administrators, three out of four superintendants said the sequester cuts would force them to eliminate jobs, on average about five  per district. Those employees likely worked with poor and disabled students, because federal dollars often fund programs for the disadvantaged, said Sean Garren with the advocacy group Fair Share.