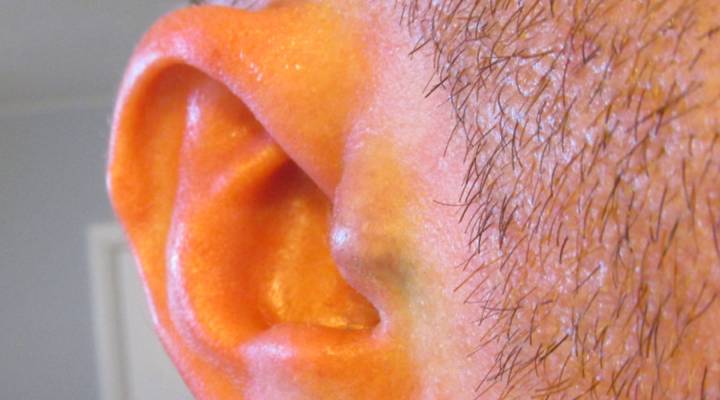 Chips find their way from inside computers to inside your body

COPY
The implant in Lee's ear. Courtesy of Rich Lee

Chips find their way from inside computers to inside your body

Computers are getting smaller and smaller. You can hold them in your palm: think smartphones. You can wear them: think Google Glass. The next logical step? Becoming the computer. Computer chips that can be implanted in your body are already a reality.

“With the implant in my nervous system, we literally plugged me into a computer and hence, onto the internet,” says Kevin Warwick, a professor of cybernetics at Reading University in England.

You could call Warwick the world’s first cyborg. He had a chip implanted in his forearm that connected him to a computer at Columbia University in New York. “We plugged my nervous system into the Internet and connected to a robot hand, which was back in England,” he explains. “I moved my hand in New York, but my brain signals were also sent via the internet to move the robot hand in England.”

The experiment was funded by Nortel and Computer Associates, among others. The market for chips in the body is already worth about $8 billion a year, almost entirely for medical uses. Companies like Medtronic are developing chips that could help victims of paralysis, schizophrenia and even blindness.

Entrepreneurs, like Rich Lee in St. George, Utah, are also developing “do it yourself” body chips.  He’s going blind, so he had chips implanted in his ears that will help him navigate the way bats do.

“I’ll make it work by hooking it up to a range-finder to send back information to my implants to tell me how close or far away an object is,” Lee says.

But medical aids aren’t the only potential uses. The leap to tracking chips is what keeps Corinne Carey up at night. She’s a technology expert with the New York Civil Liberties Union.

“The technology is there and it’s a question of how we choose as a society to allow it to be used,” says Carey, adding that chips in the body could mean that eventually we will be tracked the way our computers and and, say, pets already are.

For cybernetics professor Warwick, privacy is beside the point. “Those that have neurological implants for enhancement will really be an evolutionary step on from the humans who decide just to stay as they are, an ordinary human. They’re going to be left behind.”

Warwick predicts the commercial market is less than a decade away. 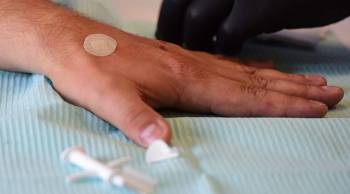