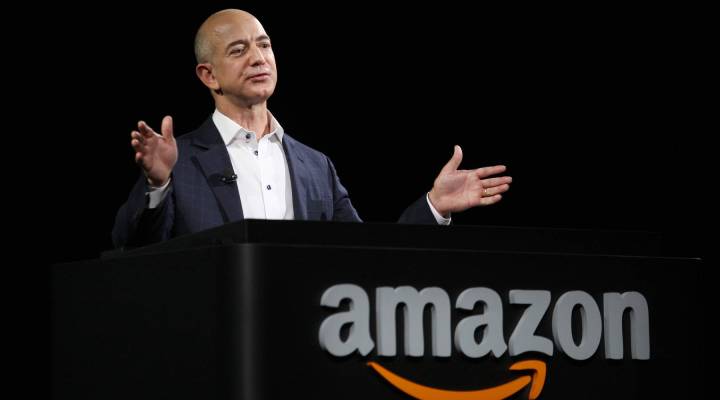 PODCAST: What does Jeff Bezos see in The Washington Post?

COPY
Amazon CEO Jeff Bezos, who is the new owner of The Washington Post, at a press conference on September 6, 2012 in Santa Monica, California. David McNew/Getty Images
Mid-day Update

PODCAST: What does Jeff Bezos see in The Washington Post?

Amazon CEO Jeff Bezos, who is the new owner of The Washington Post, at a press conference on September 6, 2012 in Santa Monica, California. David McNew/Getty Images
Listen Now

The price of the precious metal is down more than a percent this morning it’s been on a losing streak for the last few months. Juli Niemann, an analyst at Smith Moore and company, explains the drop in price.

Amazon CEO Jeff Bezos just scooped up The Washington Post and some other newspapers for $250 million.  Like most newspapers, the Post has been losing readers and advertisers to the Internet and has seen its value plummet. So why would Bezos buy it?

We make a lot of assumptions about people based on the cars they drive. A driver in a new Mercedes-Benz has money. The person behind the wheel of a new Ford Fiesta may be middle or working class. But there’s one auto brand that has managed to attract people across the wealth divide. Car data shows that in new auto sales, Jeep does equally well among people who are making less than ten-thousand dollars a year and those who make over half a million.