The U.S. film industry continues to dominate when it comes to the world’s movie markets, but studios are starting to see potential growth outside of American soil. And in many cases, reaching international audiences acts as a strategy to boost, or even recoup, sales from major domestic flops.

Many factors  contribute to what make’s a film a box-office bomb or success, as expectations by studios are often different than that of moviegoers.  In Hollywood, a “bomb” can translate to a film’s failure to break even. For the audience, some films simply don’t live up to the hype.

But here, the audience is key.  The six films below showcase movies that were considered flops in the U.S. (either critically, financially, or both), but experienced amazing success overseas.

The monster vs. robot action flick saw a a major difference between with its foreign versus domestic opening weekend. The $37 million U.S. opening meant slow momentum for the film to make up its $190 million budget. But across the Pacific, it was Warner Brothers’ biggest opening in China. At $9 million, it even beat openings for every Harry Potter film released in the same market. In total, the film has grossed more than $140 million internationally. The otherworldly adventure by Disney could be considered one of the biggest box-office flops of all-time. Reported cost of the movie was estimated to be more than $250 million. The film pulled in about $30 million during its summer opening weekend in 2012, not even breaking the top 10 at the U.S. box office list during its run. However, the film was #1 in China for two consecutive weeks.

Will Smith himself has had his share of box-office hits (“Men in Black” “Independence Day”), so you would think Smith, and his progeny, would make this sci-fi film a success everywhere. Though the movie flopped in the U.S., it topped theater charts in the U.K., Russia, France, Germany, Italy, Taiwan, Malaysia, Indonesia, Mexico and China. 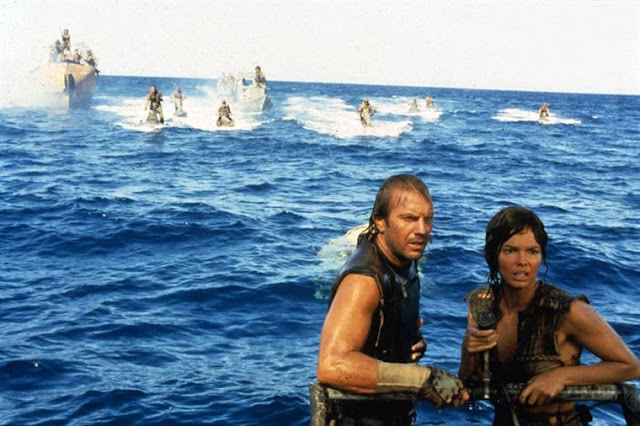 It was considered the most expensive movie ever made during its time, but this post-apolocalyptic thriller couldn’t recoup the $235 million it took to produce. On opening weekend in teh U.S., it made just $21.6 million and its overall domestic sales barely made up half of the film’s budget. Luckily, foreign audiences were more receptive, and studios were able to recoup thier losses. The film finally made a profit after strong sales from home videos and DVDs.

Sometime a movie can’t live up to all the hype, and it flops due to expectations. Based on a popular cartoon series with a massive cult following, “The Last Airbender” had casting controversies and overall bad reviews, which kept the film from making back its budget domestically.  Though film critic Roger Ebert called the film, “An agonizing experience in every category I can think of and others still waiting to be invented,” the movie did surprisingly well in Russia with a #1 box office opening.

This shipwreck survival film sailed its way to success in international waters, grossing more than $121 million worldwide. Unfortunately,  it sanked in a sea of domestic failure, budgeted at $150 million, the film’s opening weekend  in the U.S. was only $20.3 million.