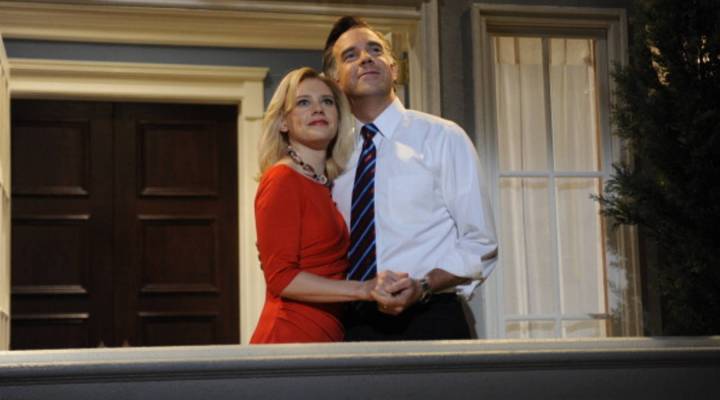 Comedian Jason Sudeikis told David Letterman Wednesday night on “The Late Show” that he was leaving NBC’s “Saturday Night Live.” Sudeikis started as a writer at the show in 2003, and joined the cast in 2006, immediately before the financial crisis — and the comedy it provided.

During the financial crisis and Wall Street bailouts of 2007-2008, Sudeikis played President George W. Bush, like in this skit about the TARP bailout and Congress:

Besides his time portraying Mitt Romney and President Bush, here are a few more of our favorite business-related sketches:

In the vice presidential debate, as Joe Biden, talking deficits and unemployment:

How not to conduct a business meeting:

Besides his comedy work, Sudeikis is a voice actor and even provided voiceovers for a line of commercials for the Applebee’s restaurant chain in 2012.