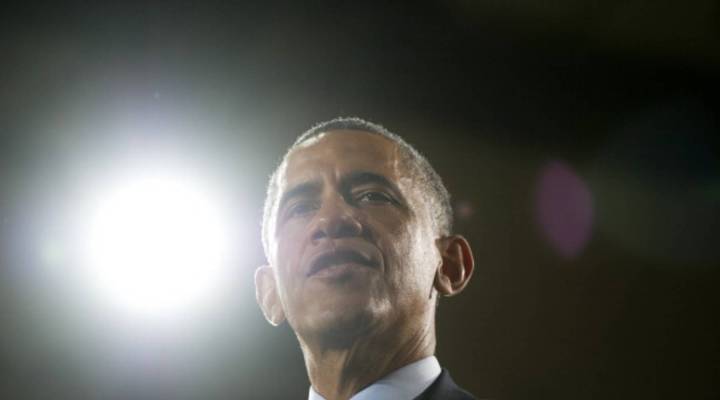 This week, President Obama will deliver a series of speeches about the economy. The White House has said these speeches will be a way for the president to revisit some of the economic issues he has been working on since he took office in 2008. One of the big ones is the issue of the middle class and what’s happened to it since the financial crisis.

The great recession hit the middle class hard: It reduced its ranks, income and net worth.

“For households in the middle, their wealth fell by 28 percent over the decade of the 2000s,” says D’Vera Cohn, a senior writer at the Pew Research Center and one of the authors of a Pew report released last year, called “The Lost Decade of the Middle Class.“

Another key indicator of the health of the middle class is employment. Just before the housing crash, the unemployment rate was 4.6 percent. Now it’s 7.6 percent, and many of the jobs being added are less attractive, says Sherry Linkon, a working class studies expert.

“Many, many people who thought they had earned a solid, reliable position in the middle class lost their jobs,” she says. “When they found new jobs, they were often paid less.”

That’s lowered the median household income. Just before the recession, it was around $55,000. Now, it’s around $51,000. The psychological hit of that decline has been as significant as the financial impact, says Ken Goldstein, an economist with The Conference Board.

Goldstein points out that consumer prices are rising at pretty much the same rate as our salaries are (roughly 2 percent), so we’re not getting ahead. Still, says Goldstein, the middle class might be making a comeback.

“For a lot of these middle class families, the equity in their homes is their most important asset, not necessarily, their 401k,” he says.

The good news is both home prices and stock prices have been rising. Still, says Goldstein with the economy growing as slowly as it is, it might be awhile before the middle class really recovers.