A deadly virus is sweeping through the nation’s hog farms, sickening and killing hundreds of thousands of pigs in at least 16 states. The virus first popped up in the U.S. in mid-April. It’s not harmful to humans. But it is causing major expense and headaches for hog farmers – and not just those with sick pigs.

“Even adults can have vomiting and diarrhea,” says Craig Rowles, who raises hogs in western Iowa. “It’s not what you would call a pleasant experience, I guess.”

His pigs, raised on several farms, haven’t gotten the virus – and he’s trying to keep it that way. We visit a barn full of recently weaned piglets. But before I can go in, I’m issued a pair of plastic booties and white, disposable coveralls — never used before, and thrown in a dumpster on the way out. As we step inside, Rowles says the procedures are even tighter for his employees:

“They have boots that they wear outside the barn. And when they get to the door, they’ll remove those shoes and put on a pair of boots that’s designated for just inside the barn.”

The virus can spread when a pig ingests even a trace amount of manure from a sick pig. It can move from farm to farm on tires, or the soles of shoes. So Rowles says he’s stepped up his “biosecurity” procedures: more hand-washing; assigning specific trucks to each farm; extra steps to disinfect trucks and trailers. The procedure costs as much as $500 per vehicle.

It might all sound a little paranoid — but Rowles estimates that if the virus hit a single farm where pregnant sows give birth, the loss of their piglets would add up to nearly $200,000.

Genetic testing points to China as the source of the virus, but the Department of Agriculture is trying to pinpoint the exact pathway into the U.S.

Dr. Greg Stevenson is a veterinary pathologist at Iowa State University. His lab confirmed the first case this year. He says if this virus got in, he’s worried that other, more serious diseases, could, too.

“What is unusual is how quickly it appeared in multiple, well-managed farms over such a large area,” he says. “Which causes people to wonder if it was transmitted in more conventional terms, or whether it actually got on farms through a feed source.”

Stevenson is working with the USDA to test samples from farms around the country. Officials are talking to farmers with positive tests, asking for details like the type and number of pigs, what kind of food they eat, and where the animals have been.

Agricultural economist Steve Meyer is a consultant to the National Pork Board. He estimates the virus has killed at least half a million pigs. Bad for those farmers, but Meyer says, maybe not such a big deal for your average pork chop eater.

“As bad as this is, from a market standpoint, we haven’t lost a very large percentage of pigs. So I don’t know that we’ve had a lot of price impact yet.”

Already, Mexico to has banned the importation of live hogs — that’s just the kind of move the industry wants to avoid. 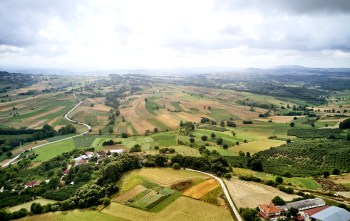 The future of agriculture may rest with the American consumer