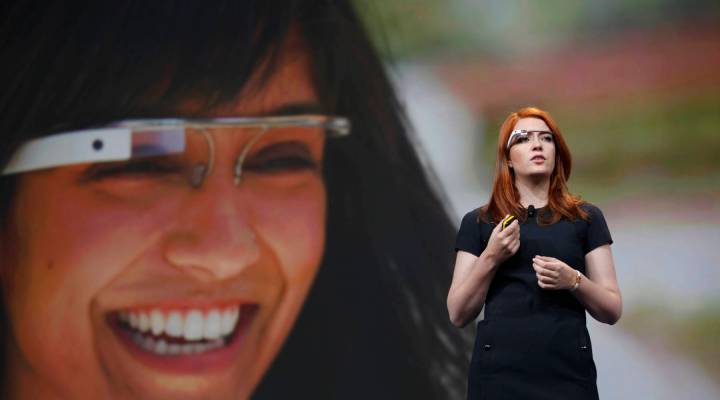 Google gets into gaming

COPY
Isabelle Olsson, lead designer of Google's Project Glass, talks about the design of the Google Glass during the keynote at last year's Google I/O, in San Francisco on June 27, 2012 in San Francisco. KIMIHIRO HOSHINO/AFP/GettyImages

Google gets into gaming

Isabelle Olsson, lead designer of Google's Project Glass, talks about the design of the Google Glass during the keynote at last year's Google I/O, in San Francisco on June 27, 2012 in San Francisco. KIMIHIRO HOSHINO/AFP/GettyImages
Listen Now

Let the Google games begin. The Wall Street Journal Reports this morning that Google is developing a video game console. The reason? It’s all about the Android operating system says Carl Howe, vice president of research at the Yankee Group.

“We’ve heard rumors of a watch, they already have Google Glass,” he says. “This is a way to monetize the investment they’ve put into Android and to get into different markets.”

Android is currently the most successful mobile operating system on the planet — 75 percent of all smartphones use the platform. But, says Howe, Google realizes in order to push Android to the next level, it needs to create new stuff that uses it.

“Conventional wisdom was, if you wanted to make money, you did software, and hardware was a low-margin business,” says Howe. “The most valuable company on the planet at the moment, Apple, is a hardware company.”

Still, Howe says, hardware is a tricky business and Google faces an uphill climb. It’s home entertainment system, the Nexus Q, which was unveiled last year, was such a dud that it was never even released to the public.