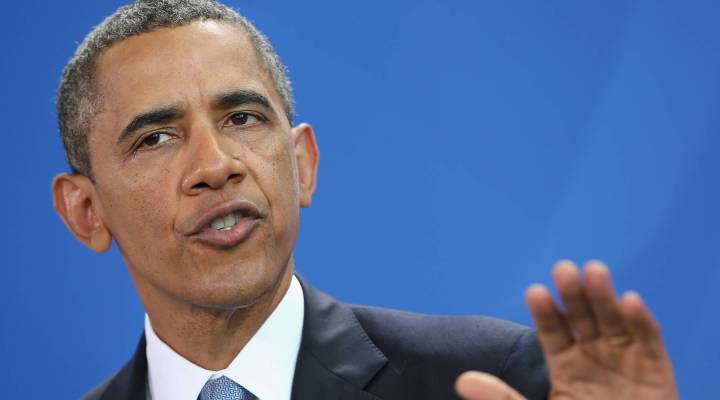 U.S. business gets a ticket to Obama’s Africa trip

COPY
President Obama's week-long trip to Africa will take him to Senegal, South Africa and Tanzania. Obama's visit is aimed, in part, at increasing U.S. trade and investment in Africa. Sean Gallup/Getty Images

U.S. business gets a ticket to Obama’s Africa trip

President Obama will travel on Wednesday to the African continent, for a week-long trip that will take him to Senegal, South Africa and Tanzania. Obama’s trip is aimed, in part, at increasing U.S. trade and investment in Africa.

Mwangi Kimenyi, director of the Africa Growth Initiative at the Brookings Institution, jokingly calls Obama’s visit a “guilt trip.” Many in Africa assumed Obama, whose late father was from Kenya, would commit a heightened level of support to the continent, but the president has visited Sub-Saharan Africa only once since taking office. Meanwhile, China, Malaysia, India, Brazil and Turkey have all shown increased interest in investing in Africa in recent years.

“There is clearly a concern by the U.S. government that things are changing in Africa and these countries seem to be gaining an advantage over the United States,” Kimenyi says.

Analysts say the continent has had trouble shaking its corrupt and conflict-ridden image, but warn the U.S. administration must start drawing distinctions between nations that are stable and democratic and those that still face challenges.

“We’re going to have to start talking about investing in South Africa or Tanzania or Ghana, as opposed to investing in Africa,” says Steve Radelet, a distinguished professor of development at Georgetown University and the author of Emerging Africa: How 17 Countries are Leading the Way, “much the way we talk about investing in China or Vietnam or Thailand and not so much about investing in some sort of generic Asia.”