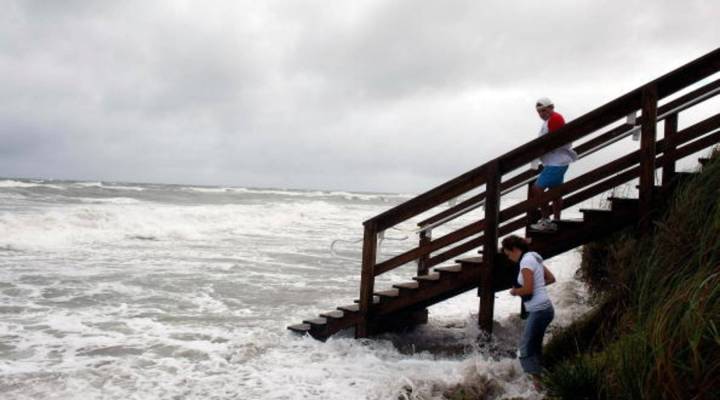 The report says parts of the U.K. and Florida coast are so vulnerable to potential storms now that they are becoming virtually uninsurable.

“Statistically speaking, there’s no way to make money, is really what it comes down to,” says Scott Bernhardt, president of Planalytics, a company that studies the economic impact of weather. “There are certainly a lot of areas that insurance companies like to avoid if they can.”

But just because insurers are backing away, doesn’t mean homeowners are, says Bernhardt. “Unfortunately, people not only stay, they build in those areas.”

That means the government has to step in. In the case of Florida, that’s a state backed insurer, Citizens Property Insurance Corp. It holds more than a million policies in the state.

Bernhardt expects we’ll see government backed programs like that cropping up in other states.

According to a recent report from a United Nations panel, the sea level has risen about 20 centimeters in the last hundred years.