Today is officially, astronomically — and, most important for our purposes, economically — the first day of summer.

Which means — it’s been sort of drizzling on-and-off in Portland, Oregon, where I’m based. ‘Tis the season for that sort of thing. (They say never to plan an outdoor barbecue or garden party in the Pacific Northwest until the Fourth of July, or it’s sure to be rained out.)

So I started looking for some sales to cheer me up as the summer begins.

I could stay at Howard Johnson’s for one night and get another night free in *Tom’s River, N.J., Tampa, Fla., or HoJo’s locations in a dozen other states and Canada, too. Because it’s the first day of summer.

On Facebook, I found this Aqua Massage place in North Canton, Ohio, and owner Lisa Vanzant told me she has a special on for the solstice, too.

“For a half hour, the normal price is $35,” she explained. “This Friday and Saturday, everything is fifty-percent off — packages and individual sessions—because it’s summer. We hope it doesn’t rain. We just don’t like rain on the first day of summer — that’s no fun.”

For the discounted price, I could lay in a sort-of human-sized capsule-pod with my head out and my body in. Vanzant assured me I could keep my clothes on, and warm water (contained by plastic) would gently encapsulate me, massaging my body into a state of bliss.

Economist Chris Christopher at IHS Global Insight says retailers had a tough start to 2013 — with higher payroll taxes taking a bite out of consumers’ take-home income. Gas prices were also rising. While discount and luxury retailers have been doing fine, mid-priced retailers are having a mediocre recovery. And the summer months — between March and the back-to-school season in August — are traditionally slow. So, Christopher says, retailers cast around to find ways to move their merchandise.

“The middle-tier is struggling, and what they’re going to try to do is get people into the store, especially if gasoline prices aren’t too high,” says Christopher. “They’ll try every single gimmick or every kind of excuse.”

So, there’s still the Fourth of July. And I wonder what other summer-sale opportunities could soon be exploited…Bastille Day? Chinese Valentine’s Day? Teddy Bear Picnic Day? Bad Poetry Day? World UFO Day? I — and my credit card — are waiting with bated breath.

(Note: According to EarthSky.org, the summer solstice occurs at 12:04 a.m. Central Daylight time on Friday, June 21. That means it also falls on June 21 on the U.S. East Coast, but falls late on the evening of Thursday, June 20, in the Mountain, Pacific, Alaska and Hawaii/Aleutian time zones.)

Looking for an excuse to shop or set up a sale? According to HolidayInsights.com, we’ve got a lot of reasons to celebrate the rest of June, take a look:

June 21: Go Skate Day. In addition to the summer solstice, June 21 is a nationally recognized day for skateboarding. Skateboard groups and shops may hold events to mark the occasion.

June 25: Log Cabin Day. A day to slough off modern society and appreciate the history of log cabins in America.

* CORRECTION: The original version of this story incorrectly identified the cities offering Howard Johnson’s first-day-of-summer promotion. It is an offer of a chance to win a free one-night’s stay. The offer is not available at the Mystic River, Conn., location. The text has been corrected. 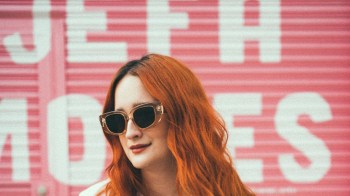 The economy might be recovering, but burnout can linger