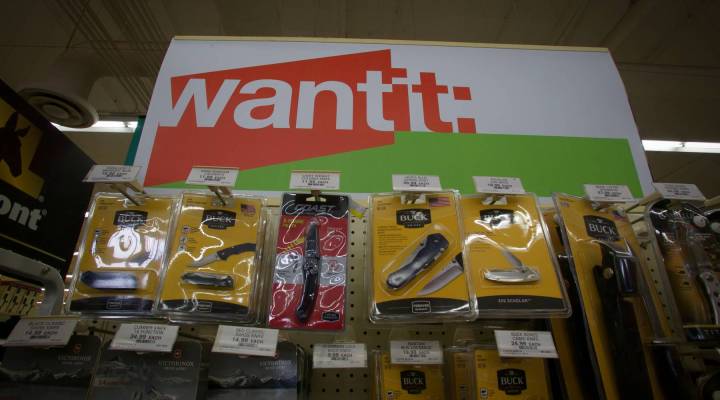 ICYMI: From Consumed to PRISM, the best stories you missed

We're surrounded everywhere by products to buy, services to pour money into, and dreams of a better life through consuming. Kenneth Brown/Marketplace

ICYMI: From Consumed to PRISM, the best stories you missed

We're surrounded everywhere by products to buy, services to pour money into, and dreams of a better life through consuming. Kenneth Brown/Marketplace

Every week, one Marketplace staff member offers their favorite stories from the past week.

Well, our big special series on consumer culture: Consumed… Obviously. What a cracking effort by the sustainability crew! My favorites: the scam perpetrated on the first colonists of Montana, and the depressing confirmation that people will put their financial futures in serious jeopardy on the off-chance their kid might get a place at an Ivy League college.

Oh yeah, and the cavemen and consumer culture. Who doesn’t love cavemen?

By the way, Consumed didn’t just play out in style on the weekly shows and the web (a paddleboard is NOT WORTH IT, by the way); Check out Adriene Hill’s conversations with Sarah Gardner and Scott Tong on Marketplace Money over the weekend.

The NSA‘s surveillance/PRISM story was a story every news organization was struggling with from the moment it broke. There is intense consumer demand for information and explanation on a topic that’s every bit as impenetrable as the most complex of financial products.

But the journalism community appears to have learned a few lessons from the financial crisis: Such as, it’s our job to explain stuff. And a lot of news organizations stepped up early and made a generally good fist of it. We held up our end: Listen to David Gura’s story on Apache Hadoop and his engaging use of a gas station analogy.

But it’s tough to stand out in head-on coverage of a story that everyone is chasing. So we did the smart thing, and went for some different angles. Like Sabri Ben-Achour’s story on what it costs to go on the lam. And Ben Johnson’s penetrating observation on the Marketplace Tech Report that what people really care about isn’t government snooping: It’s having your peers find out where you like to hang out online (eek!).

I’m always on the lookout for blood-boiling consumer affairs stories. So Mark Garrison’s $38 latte story for the Marketplace Morning Report hit the spot this week. I’m always looking for validation too, so I got a nice thrill from the interview with Martin Keen about the value of standing desks!

Many Marketplace reporters have gotten an assignment out of an editorial meeting and thought, “This has to be the most half-baked, bampot, pure-bred nutter ideas ever conceived!” Krissy Clark got one of those ideas this week. Her job: to explain why bankruptcy is so interesting right now.  But what a great job she did with that story! Bankruptcy IS interesting! She even had tape of someone saying those exact words! And she had tape from Simon Cowell, who’d be great in a Chapter 11 advice group, I reckon.