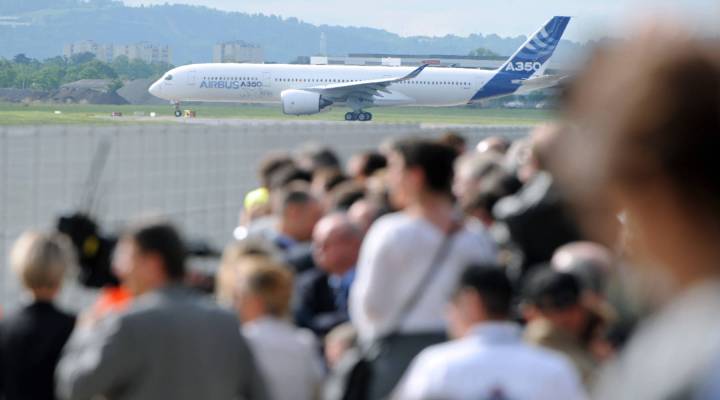 Airbus A350 learns lessons from 787 struggles

COPY
Airbus's next-generation A350 plane about to take off from Toulouse-Blagnac airport, southwestern France, on its first test flight on June 14, 2013. ERIC CABANIS/AFP/Getty Images

Airbus A350 learns lessons from 787 struggles

Airbus's next-generation A350 plane about to take off from Toulouse-Blagnac airport, southwestern France, on its first test flight on June 14, 2013. ERIC CABANIS/AFP/Getty Images
Listen Now

Being the first to roll out new technology has its advantages, says tech industry analyst Tim Bajarin: “You make a strong message that you are a leader.” But, being first also has  its disadvantages.

“You’re now showing the competition what they should be doing next and, if there are any problems,” he says.

In the case of the Dreamliner, it ‘s been some pretty big arrows — most recently battery failure. Bajarin says that’s why it can really pay to be a so-called “fast follower.”

The advantages to going second can be even greater in the airline industry says Henry Harteveldt, a travel industry analyst at Hudson Crossing.

An airplane isn’t an iPod, Harteveldt adds. Airlines don’t often invest in new aircraft, and if you can land their business first, that’s a big, long-term advantage.