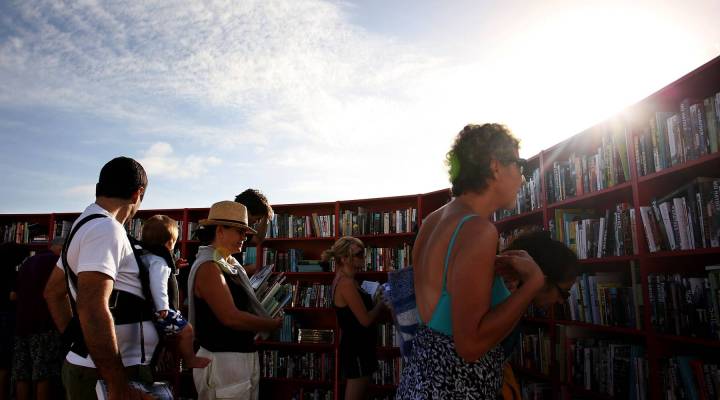 Kids aren't the only ones with summer reading lists. Photo by Lisa Maree Williams/Getty Images
Consumed

Kids aren't the only ones with summer reading lists. Photo by Lisa Maree Williams/Getty Images

A lot of these questions can’t be answered over night. We thought we’d offer up some summer reading to keep mulling over the idea of a sustainable consumer economy.

“How Much Is Enough? Money and the Good Life” by Robert Skidelsky and Edward Skidelsky

We couldn’t finish a week about the consumer economy without asking this question: How much is really enough in today’s world? The father and son team take a look the true value of money, what makes up the “good life,” and why John Maynard Keynes got it all wrong: we might never be satisfied.

“What Money Can’t Buy: The Moral Limits of Markets” by Michael Sandel

Harvard professor and proud member of the Red Sox nation looks at the kinds of thing that should and shouldn’t be for sale in our society. What are the moral limits of capitalism?

“The Darwin Economy: Liberty, Competition, and the Common Good” by Robert Frank

The Cornell behavioral economist explains how Charles Darwin will eventually overtake Adam Smith as the most important figure in economic history. Instead of the idea that pursuing individual self-interest leads to a common good, Frank argues that individual needs are actually often in comflict with the needs of the group. Also, check out his other book “Luxury Fever,” or his paper “Expenditure Cascades.“

Lynn Stout is a professor of law at Cornell University who focuses on corporate business practices. In this book, she explains why a lot of short-term thinking is actually bad for business — even if it means more profit.

This Pew report looks at how millenials in particular have been affected by the Great Recession, and how it has impacted their spending and saving.

This study is all about the long-term economic consequences of graduating from college during a recession. The conclusion is the consequences are long-lasting. It sets you back 10-15 years financially and most people never fully make up the losses.

“Good Jobs, Bad Jobs: The Rise of Polarized and Precarious Employment Systems in the United States 1970s to 2000s” by Arne Kalleberg

Written by a sociology professor at the University of North Carolina at Chapel Hill, this book talks about the kind of jobs our modern consumer economy is creating.

“Bad Land: An American Romance” by Jonathan Raban
Author Jonathan Raban combines history and travelogue in this story about the early 20th century homesteading boom and bust in eastern Montana. Raban grew up in Britain, so his outsider ‘s perspective on this pioneer tale proves to be particularly enlightening and reminds us that many Americans and immigrants who went West to make their fortunes ended up with nothing.

“Homesteading: A Montana Family Album” by Percy Wollaston
Percy Wollaston wrote this memoir in the 1970s for his grandkids and “Bad Land” author Jonathan Raban used it to help research his book. Wollaston writes simply and without sentiment about the trials of homesteading in eastern Montana in the 1910’s on less-than-ideal farmland. Drought, disease, debt…nothing was easy back then, but Wollaston tells the story without bitterness or regret.

“The Wealth of Nations” by Adam Smith

Does it really need an explanation?

“On the Wealth of Nations (Books that Changed the World)” by P.J. O’Rourke

In which the political satirist writes about the father of modern economics.

“How Children Succeed: Grit, Curiosity, and the Hidden Power of Character” by Paul Tough

One of the things we spend the most money on is our kids. Does all that spending really help them succeed? Tough looks at the traditional argument that children with high IQs — and the best tutors — are the most successful, and turns it on its head. He says that it is things having to do with character.

“Trickle Down Consumption” by Marianne Bertrand

Highly cited after a write-up in The Washington Post, this paper makes the argument that rising inequality leaves everyone worse off than they were before. As the super rich have gotten wealthier, middle-class Americans continue to try to keep up with aspirational spending. This increased spending trickles down to lower and lower income levels, and leaves the country in a not-so-steady state.

“The Rug Rat Race” by Valerie and Garey Ramey

Although we spend less and less time in the home, we continue to spend more and more time with our children. This study takes a look at some of the reasons why.

“Playing to Win: Raising Children in a Competitive Culture” by Hilary Levey Friedman

The Harvard sociologist, known for her work on pageants, writes about how children‘s lives are changing as they take on more and more competitive activities — from soccer to chess.

“Producing Success, the Culture of Personal Achievement in an American High School” by Peter Demerath

A book that took a deep look at the factors that push students to advance — economic and otherwise — after a four-year study in a Midwestern high school.

How the economic class that children start out in affects them as they grow up. The book takes a look across our society at the “concerted cultivation” of middle-class parents and the “the accomplishment of natural growth” that poor families rely on.

And now, we leave you with our Consumed playlist, with suggestions from you, the listener.