Is your computer part of a botnet? It’s hard to tell

Is your computer part of a botnet? It’s hard to tell

This week, Microsoft collaborated with law enforcement and other agencies across the world to help shutdown a massive network of computers being used by criminals.

The so-called botnet, was made of thousands of home computers. It recorded the keyboard tappings of unknowing owners. The cyber criminals then used that information to gain access to bank accounts and steal an estimated $500 million, bit by bit.

Alex Cox, lead researcher at the cybersecurity firm RSA, says these botnets are helping to fuel a vibrant underground marketplace of stolen data.

“The cybercrime underground — I like to think about it as a swap meet,” Cox says. “You’ve got a bunch of guys with tables and they are all selling different things, and one of those things is 60,000 Wells Fargo credit card accounts.”

One of the tricky things about finding these botnets is that users can’t really tell when their computer has been secretly enslaved.

“It used to be back in the old days, when your machine had a virus or some malware, it would run slow,” Cox says. “The criminals have gone to great lengths to make your machine not act unusual when it’s infected.”

Cox believes companies and law enforcement have to improve not only their methods of detection but their legal prowess, so that they can order the infected servers to be shut down. 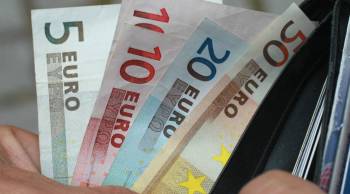 How China became a hot spot for money laundering