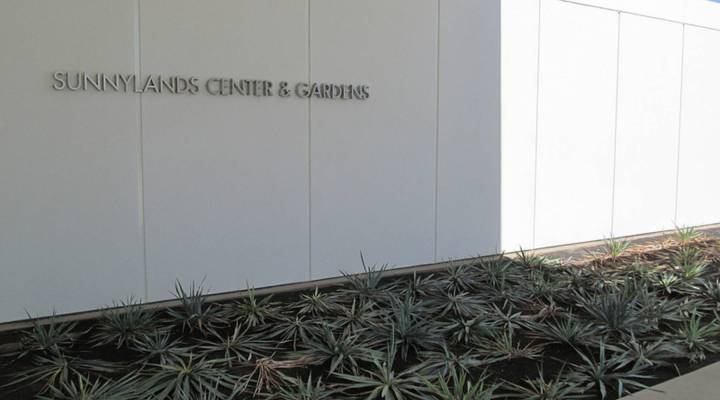 Today, President Barack Obama and Chinese President Xi Jinping will meet in the California desert to tackle a wide-range of issues, from cybersecurity to trade. The two leaders will stay at the exclusive Sunnylands compound near Palm Springs.

Small business owners in the Coachella Valley near Sunnylands say they’re expecting a mini-economic boom to stem from the arrival of hundreds of accompanying security personnel, advisors, and media.

Casey Hedger, the general manager of upscale restaurant, Shame on the Moon, says he’ll be offering a four-course prix fixe for $38, in case Obama decides to venture out of Sunnylands for dinner. “We have a wonderful pasta dish with slipper tail lobster and rock tail shrimp,” said Hedger, who jokingly notes that a Presidential visit might not be entirely good for business.

“To be very honest with you, I would be honored to have Barack Obama and Michelle here,” Hedger said. “At the same token, then customers [would] never want to leave. It becomes a people-watching event. And obviously, we want to make money. No offense.”

In Palm Springs at Sherman’s Deli and Bakery, a popular local hangout, owner Sam Harris is hoping to rake in a some extra cash from air crews and security personnel staying across the street at the Hilton.

The Chinese delegation was initially expected to stay at the Palm Springs Hilton, but General Manager Aftab Dada says they cancelled because the hotel wasn’t big enough to fit the entire party.

Still, Dada has a full house. “[We have] the Air Force One crew,” Dada said. “We also have the Marine helicopter crew staying with us.”

Dada said he hopes the high-profile delegation will expose tourism-dependent Palm Springs to a whole new crowd: Chinese tourists. “Our Convention and Visitor’s Bureau is definitely going to do some target marketing,” Dada said. “We’re going to do anything and everything possible to showcase our destination to the international world. Especially China.”

While business owners in the Coachella Valley are happy to make a few extra dollars, it’s difficult to determine how much money the government spends on these types of summits. Steve Ellis, vice president of budget watchdog Taxpayers for Common Sense, says the total will probably run in the millions of dollars, but the government wants to avoid sending that message. “[Obama and Xi] are not going to be wearing any ties,” Ellis said. “It’s going to be short-sleeved shirts and all casual. That’s what they want to get across.”