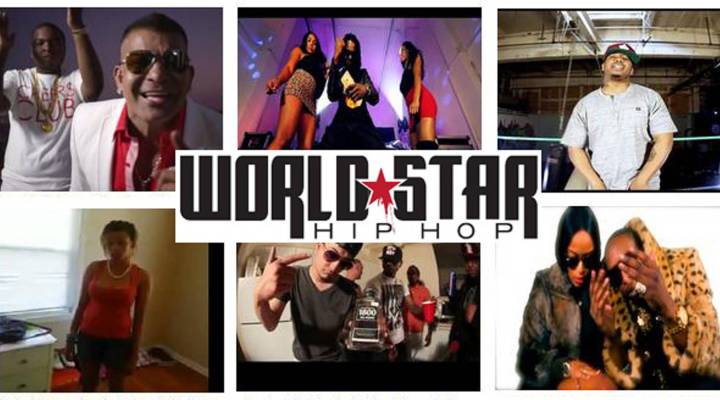 Lee “Q” O’Denat, the founder of WorldStarHipHop, seems at home in the rooftop garden of the Peninsula Hotel in Beverly Hills, a lavish establishment that screams discretion, where the waitstaff know him by name. He’s recovering from the flu and skips breakfast in favor of orange juice and bottled water.

“I love coming here,” O’Denat said. “It’s so secluded. It’s one of my favorite hotels in the country.”

O’Denat says he is traveling a lot these days. WorldStarHipHop is a success story online, but the company has no physical offices. He moves between his home in Scottsdale, Ariz., and New York, Miami and Los Angeles. WorldStarHipHop began as music website in 2005, and still features mostly music videos, but O’Denat says in 2007, he recognized that times were changing.

“When YouTube signed with Google, I just figured, this is the future,” he said. “I knew with the camera phones coming out, now everyone can be a cameraman, [a] director.”

WorldStar’s popularity can be partially attributed to outrageous videos captured on cell phones, like that of a Cleveland bus driver punching a female passenger in the face after a verbal argument. The site solicits videos from its fans. They don’t get paid, but they do get bragging rights. The Cleveland video has nearly 18 million views on WorldStar alone and was picked up by dozens of other websites.

The sheer number of viewers is likely what attracts mainstream advertisers. In recent days, ads for Fiber One, Walmart and Bloomingdale’s have appeared on WorldStarHipHop. O’Denat says the site’s racier content used to be a problem for advertisers.

“Advertisers were afraid of us,” he said. “We were kind of risque. We had girls in thongs, fights. Not until later on they decided, well, the site is too big. We’re just gonna have to work with them.”

O’Denat is cagey when asked how much the site brings in each year. He won’t say what WorldStar is worth, and when asked how many employees he has, he says “a little under five.” Several offices around the country that are listed online as Worldstar LLC have phone numbers that have been disconnected or ring out.

The site’s sales manager says what looks like secrecy is evidence of nothing more than a fast-growing, lucrative company struggling to create infrastructure. WorldStarHipHop has made a name for itself among musicians, both emerging and established, who want their videos to reach millions of viewers. O’Denat claims he has had a hand in the success of popular artists like Chief Keef and French Montana.

O’Denat admits the site’s influence is growing rapidly and says he’s on the lookout for talent. “I want to get involved with A-list people that are going to help us grow the company and help take it to that next plateau,” he said.

In addition to advertising dollars, the site also courts controversy. The subjects of many WorldStar videos are African American and critics say they perpetuate the ugliest stereotypes about life in urban communities.

O’Denat argues you can find the same videos on YouTube.

“It’s very easy to point your fingers at me,” he said. “I wear my hat to the back. I have diamond necklaces. If I had different attire, different ethnic[ity], wore button-ups or whatever, they wouldn’t really look down on me.”

Tricia Rose, a professor of Africana Studies and the incoming director of the Center for the Study of Race and Ethnicity in America at Brown University, says she doesn’t think racism is at the heart of the critiques of WorldStar.

“You know, I don’t mean this facetiously, but I have quite a nose for finding racism where other people seem to not see it, but I can’t really give him this one,” she said. “To say there are videos like this on YouTube, denies the overall market niche that WorldStarHipHop occupies. If WorldStarHipHop is 50 percent challenges to the state or challenges about unemployment or young people talking about police profiling — that’s a whole different portrayal of urban communities than what we see on World Star. It’s an unreasonable parallel.”

What Rose sees is a pop culture industry that spins gold from the antics of vulnerable people, perpetuating a “train wreck effect” in African American communities.

The site’s fiercest defenders are often its fans. Brian Edwards, who plays professional basketball for an Egyptian team in Cairo, says he visits WorldStarHipHop every day. Edwards was raised in a rough neighborhood in Detroit, and says he goes to WorldStar to get news that’s told from his perspective.

“If Obama makes a speech, if there’s a situation in Egypt, if there’s a banking crisis, it’s going to make WorldStar, especially if it affects the urban community,” Edwards said. “It allows me to conversate or see conversations among people from urban areas. It’s like I’m in the barbershop.”