CNN and Buzzfeed sitting in a tree: What’s in the new relationship for CNN?

CNN and Buzzfeed sitting in a tree: What’s in the new relationship for CNN?

CNN announced today that it is partnering with the website Buzzfeed to create a new YouTube channel. The first video is up on the web now. It’s called “Amazing Rescues — And Why They Matter.” It’s what Buzzfeed calls a news mashup of archival footage.

CNN got the idea for the Buzzfeed partnership from the retail business — specifically partnerships like Stella McCartney and Gap, and Versace and H&M.

“The idea was how can we bring that designer collection model to the media space and to news in particular” says CNN’s general manager of digital, KC Estenson. Buzzfeed knew how to reach younger viewers and make viral videos.

In “Amazing Rescues,” a man dangles from a helicopter in a smoke-filled sky. Then a voiceover says that watching disasters can feel voyeuristic, but ultimately they tell us something about what it means to be human.

“It’s what relief looks like — the relief of being united, of being grateful, of being alive. It’s what the best parts of humanity look like,” says the narrator, Ze Frank, who also produced the video.

Frank is a pioneer of videos made for the web. When he started work on this project he sifted through a lot of CNN’s archival footage. “I definitely started to feel the density of information that is put alongside this media,” says Frank.

Frank stripped away that density — the talking-head commentary, breaking news reports and the crawl. Then he added music to create something that he hopes will move people and make them want to share it online and eventually bring CNN and Buzzfeed new viewers and advertising dollars.

But simply making news videos that go viral doesn’t automatically guarantee that a revenue stream will follow. “I don’t know if I would say these problems solve themselves, but I do know that scale is critical,” Frank says.

The challenge — can you make Wolf Blitzer as popular as a song about angry babies? 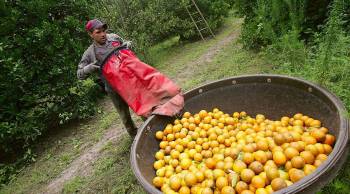