‘It brought us together’ — Life in Joplin two years after tornado

‘It brought us together’ — Life in Joplin two years after tornado

As people hit by the tornado in Moore, Okla., grieve and begin thinking about rebuilding, folks in Joplin, Mo., are marking the second anniversary of a tornado that killed 171 people. Joplin has been rebuilding its physical structures and community. Mark Rohr, its city manager, talks about how the recovery is going and offers some morale support for Moore’s residents.

“I don’t want to presume to make decisions or know what [Moore is] going through in every instance. I can just call attention to what we did. The first thing we tried to do is clear the streets. That opens all the doors for all the other things to take place. They may have accomplished that by this point and time. They have to clear the drainage ditches to make sure that you don’t compound things by having storm water build back up. You have to complete your search and rescue efforts, which I think they’ve done. And start making plans. You have to remove the debris. There’s an incredible amount of debris that we experienced,” says Rohr. “All the while they’ll have people there from FEMA and other agencies helping them through this, but it’s a daunting task.”

Joplin residents carry on after tornado

In May 2011, a tornado ripped through Joplin, Mo., killing 161 people. As Joplin’s residents make their way through the stages of grief, three families discuss how they survived and how they’re preparing for the next one. Read more and view a slideshow.

Rohr says after the tornado hit Joplin, a lot of people wanted to start rebuilding quickly. But what the city did was put a moratorium on rebuilding residences — mainly because the debris had to be removed.

“We had 7,500 homes impacted by our tornado and 84 percent of those homes are now rebuilt, repaired or have building permits in place to do so. We had about 550 businesses impacted and 90 percent of those businesses are either up and running or will be in the near future,” says Rohr, who adds that the community of Joplin has also grown closer after the tornado. “As far as Joplin is concerned, I think it brought us together.” 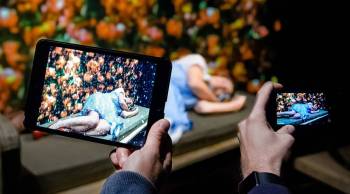