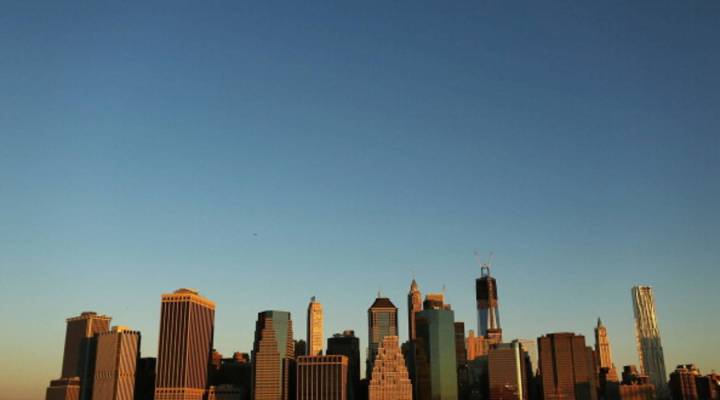 Welcome to the tax shelter island known as … Manhattan

Welcome to the tax shelter island known as … Manhattan

Apple CEO Tim Cook’s testimony on Capitol Hill shined a light on how American companies keep their foreign profits overseas — beyond the reach of the IRS. Traditional tax havens are well-known: the Cayman Islands, Singapore and, more recently, Ireland. But there’s one offshore tax haven you might not have heard of: The island of…Manhattan.

Turns out many U.S. companies store some of their offshore profits in banks here at home.

“You don’t really have to keep money offshore to keep it offshore,” says Larry Zelenak, professor of corporate tax law at Duke University. “All the big multinationals do it. It’s kind of standard operating procedure.”

It works like this: A U.S. company sets up a subsidiary in a country with a low tax rate and routes its overseas profits through that unit. Those profits technically belong to the foreign subsidiary, even if it deposits the money in a U.S. bank account.

“A company can invest its money wherever it likes, and the U.S. tax laws look at that as money not of the parent, but of the subsidiary and, thus, that money is not subject to U.S. taxes,” explains Michael Knoll, co-director of the Center of Tax Law and Policy at the University of Pennsylvania.

The maneuver allows U.S. companies to avoid paying the 35 percent corporate tax rate, one of the highest in the world. Still, that money can be put to use in the U.S. economy.

“The fact that the money is sitting in U.S. banks presumably makes the money available to U.S. borrowers,” says Howard Gleckman, a fellow at the Tax Policy Center. “But, as we know, U.S. banks have not been lending. That’s one of the reasons why the recovery from the recession has been so slow.”

And the economic impact of lending that offshore-onshore money, Glickman says, doesn’t make up for the billions of dollars in taxes the government misses out on every year.