Why companies are getting rid of cubicle walls

Why companies are getting rid of cubicle walls

A growing number of companies are packing their workers into ever smaller workspaces. They’re ditching offices and cubicles in favor of a more open office plan. Some companies say they’re creating a hipper, more collaborative work environment. But there may be an even more important strategy in play: cost-cutting.

Before they became a dystopian symbol of the American office, cubicles were meant to be … nice. You know — a slick and sophisticated place where the average worker and her, um, machines… could have a little privacy. It was all part of a concept that the furniture maker Herman Miller called “the action office.”

“She needs a special, easy-to-get-to place to work…she needs space for her machines along with room for herself,” says the announcer in one vintage Herman Miller ad. “She’s an action secretary and she needs action office.”

But collaboration is where the action is today. Cubicle walls are coming down so workers can communicate more easily.

That’s the case at the Minneapolis office of Cassidy Turley. It’s a commercial real estate services firm. The company recently moved into a new space with a more open floor plan. In the old days, most of the staff had private offices. Now, only three do. Everyone else sits or stands at desks — with no cubicle walls separating them.

Noam Newman is an associate broker there. He says he doesn’t mind overhearing his colleagues’ phone calls, because he can take pointers on deal-making.

“If I am hearing them, it’s probably a positive, because I’m hearing how they interact with clients,” says Newman.

He may not mind the energetic chatter around him, but the office can get pretty loud with people working elbow-to-elbow in some cases.

Still, lots of companies are overhauling their office plans in a similar way. Over the last couple decades, the average worker has gone from having 90 square feet of space to just 75. That’s according to the International Facility Management Association.

One of the biggest factors driving the trend is this: less space means lower costs. Dennis Panzer is the managing principal of Cassidy Turley. He says his company chose to go with an open plan for a lot of reasons. But there was a big savings. In the company’s old office, which occupied way more square footage, the rent was 50 percent higher.

“If you can save a dollar in cost, there’s no additional revenue that needs to be produced, and it can fall right to the bottom line,” Panzer says.

But Susan Cain says, “There is a hidden cost, in productivity and in morale.” Cain is a former Wall Street attorney turned author and speaker. And she’s not a big fan of open office plans. She says they make it hard for workers to concentrate.

She’s not advocating sticking with the lonely cubicle. Instead, Cain thinks companies should have a healthy mix of collaborative spaces, like cafes, and quiet places, like libraries.

“Make sure you are building in zones of privacy throughout, quiet places where people can go by themselves or with one other colleague to really focus,” she says.

That might be wishful thinking, though, given that some companies are doing extreme office makeovers, and nixing employee workspaces altogether. Dennis Panzer at Cassidy Turley says some accounting firms assume their workers will embed at clients’ offices and not need a desk back at the mothership.

“The way we say it our office: if you show me one company that’s expanding I can show you five that are downsizing,” he says.

If workers aren’t thrilled about all the downsizing, there might be some comfort in knowing that at least it’s just their cubicles getting whacked, and not them. 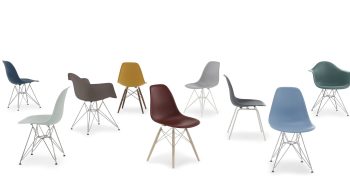