Orbiting Kepler telescope may be unable to gather more data

Orbiting Kepler telescope may be unable to gather more data

How much space exploration does $600 million buy? Is it worth it?

NASA’s budget is smaller than it used to be, but it’s still galaxy-sized — about $17 billion a year. Which makes the budget for the Kepler telescope look pretty small in comparison. But what exactly do we get for $600 million? Bobby Braun, a professor of space systems at the Georgia Institute of Technology and former NASA chief technologist, says that amount is just about right for turning scientific dreams into reality.

“Five years ago when I would look up at the night sky, I would think to myself there has to be  a planet out there somewhere,” Braun says. “There are so many stars…But I didn’t know that to be true. I just believed it.”

Now Braun says Kepler’s findings over the past four-plus years are going to change textbooks. The telescope has identified close to 3,000 candidates for planets and confirmed over 100. And while the dreamers and astrophysicists would love to continue the search, thanks to a broken wheel the Kepler mission’s future is cloudy.

“When you put things in space they are tricky things to operate and eventually they wear out,” he says.

But Logsdon notes that Kepler’s broken wheel isn’t a case of premature failure. NASA says that the telescope has already outlived its expected life of four years. And the space agency says it still may find a fix. So what would be lost if the Kepler can’t continue its search? Logsdon says we’d lose more data.

“And scientists love data, because data leads to discoveries.”

Both Logsdon and NASA say there’s so much data from the mission already, it will take scientists years to analyze it. 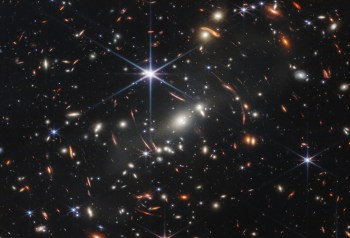