Once upon a time the fossil fuel capital of the world was the U.S. — first in Pennsylvania, then in Texas. Then, the center of gravity shifted to the Middle East and beyond. But a new report out today from the International Energy Agency predicts that over the next five years, North America will once again dominate new supplies of oil and natural gas.

It’s a sweeping shift that few would have expected even just five years ago, when experts saw an era of American “peak oil” looming on the horizon. But, since then, new technologies have evolved faster than anticipated, says Pavel Molchanov, an oil analyst with the investment company Raymond James.

The big breakthrough, Molchanov says, has to do with new ways of getting oil out of once hard-to-drill spots — underground layers of shale and other hard rock formations.  You’ve probably heard of one popular technique known as hydraulic fracturing, nicknamed fracking.  “All of this has unlocked new resources,” says Molchanov.

“The history books are going to go back and talk about this era,” says Phil Flynn, an oil analyst at the Price Futures Group in Chicago.  He says the oil boom we are experiencing now has already begun rippling through the U.S economy.  And that trend should continue, Flynn says, as new U.S. oil supplies lower gas prices, boost consumer spending, and make it cheaper to start up factories here.

The increasing importance of U.S. oil supplies could also affect global politics, Flynn says. “Instead of the U.S. being beholden to foreign oil producers or OPEC,” he says, referring to the Organization of the Petroleum Exporting Countries, made of countries based mostly in the Middle East and Africa, “now OPEC has to work with us.”

The North American oil boom raises other questions. In many local communities where the oil and gas boom is taking place, some residents are concerned about the potential environmental impact of these new technologies, on things like ground water contamination and earthquakes. 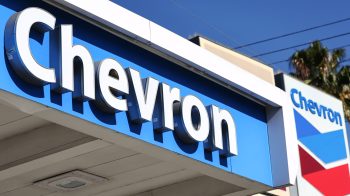 Big oil had one of its biggest years ever in 2022