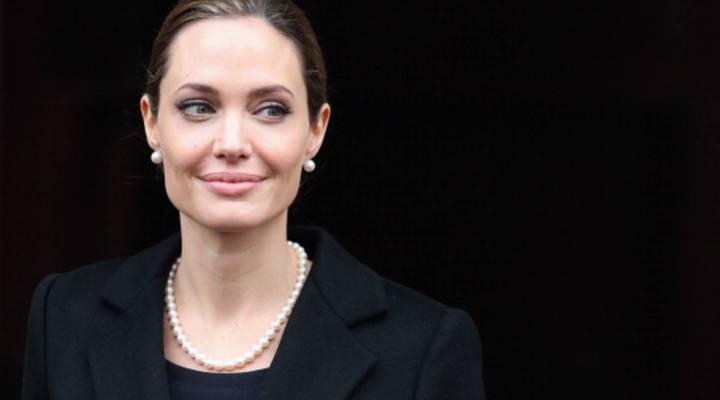 The cost of Angelina Jolie’s cancer testing? More than $4,000

The cost of Angelina Jolie’s cancer testing? More than $4,000

Update: This story has been updated with a comment from Myriad Genetics.

Angelina Jolie wrote an Op-Ed in today’s New York Times about her decision to have a double mastectomy. The actress didn’t have breast cancer, but tests showed she had almost a 90 percent chance of developing it. The key was finding a mutation in a gene known as BRCA-1, and Jolie appealed for the test to be made more accessible to women around the world.

At the moment, if you want to get tested for a mutation on your BRCA-1 or BRCA-2 genes, you will have to turn to Myriad Genetics. That’s the company that discovered the link between those mutations and an elevated risk cancer — and it patented the BRCA-1 and BRCA-2 genes.

“Because Myriad has a monopoly on the genetic testing, they determine the cost of that test,” says Sandra Park, senior staff attorney at the ACLU’s Women’s Rights Project. Park argued before the Supreme Court last month that Myriad shouldn’t be able to patent a gene and control research.

One of the main arguments against gene patents is that they hamper scientific progress.

“The charge has been that patents reduce the willingness of researchers to explore in the same genetic area, because they have to pay fees,” says Art Caplan, director of medical ethics at NYU Langone Medical Center.

Biotech companies say they need patents to help fund research. Myriad spent $500 million developing its BRCA tests. The company declined to comment to Marketplace before deadline. Myriad subsequently issued a statement saying its diagnostic tests can reduce illness and potentially lower health-care costs by preventing cancer treatments. It added that more than one million women have been tested, and thanks to health insurance, their average cost was about $100.

The BRCA gene tests account for more than 80 percent of Myriad’s sales. That revenue would be at risk if the Supreme Court rules against the company next month.

“Let me tell you, it would be problematic for Myriad,” says Les Funtleyder, a health-care strategist for investment firm Poliwogg.

Still, Funtleyder says, most biotech companies don’t rely on patenting a certain gene, so the Supreme Court decision is unlikely to have a huge impact on the industry.

“It might put a damper on things,” he says, “but I don’t think it’s going to be a deal-breaker for genetic analysis.”