Paula Poundstone on the value of Mother’s Day

Paula Poundstone on the value of Mother’s Day

Look, we know it’s a Hallmark fabricated holiday and all that, but the numbers don’t lie — plenty of you are celebrating Mother’s Day this weekend. The National Retail Federation says consumers will spend $20.7 billion on Mother’s Day gifts this year, an average of $169 per mom.

That makes Mother’s Day one of top spending holidays of the year — it’s tied with Valentine’s Day for third place.

We asked you what sort of mother’s day gifts all that money buys, and you said everything from a vacuum to a chainsaw and an iPad.

Terri Mead from Redwood City, Calif., wrote in to say she’s giving her mom a helicopter ride for Mother’s Day. She owns an IT consulting company and is a licensed helicopter pilot. She says the hour-long flight will probably cost around $275, but says for her family, it isn’t really about the money. “We’re not big on exchanging gifts on these holidays that you go and purchase. It’s really all about spending time,” she says.

Paula Poundstone, comedian and mom of three, agrees. Poundstone joined in our studios to discuss the value of Mother’s Day.

She said her family isn’t big on exchanging gifts either, but she did like the idea of taking your mom for a ride to show your appreciation. “None of my kids drive, but if they did, I think they would gladly drag me behind the car,” she joked.

When we asked her to share any motherly advice she’s given her children about finances, she was a bit more serious.

See financial tips from other moms out there: 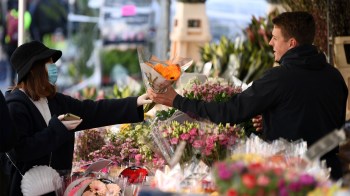 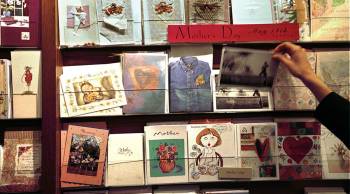