When author Damian Thompson talks about addiction, he’s speaking in part from experience. He’s an alcoholic who got sober a number of years ago.

He argues in his new book, “The Fix,” that it’s not just addicts who are like him. It could very well be all of us, whether it’s Facebook, Twitter, your iPhone, cupcakes or the really hard stuff. And that sliding scale can add up to big profits when we get hooked.

Thompson said he defines addiction as “the point at which a particular habit starts to cause you harm.”

So can addiction really be applied to things like iPhones? You can’t die from an iPhone addiction, after all. “I agree,” he said. “What I am saying, however, is technology does have the potential to draw us into darker addictions. A small proportion of people who are addicted to spending time online will become addicted to apparently innocent activities such as computer games, such as World of Warcraft, or whatever, that take up so much of their time that they just don’t have a life.”

Compared with 20 years ago, we can find delectable options at every turn.

“Our bodies were not built for the fabulous, enticing and artery-clogging choices that greet us everywhere we go,” said Thompson.

It’s not a coincidence, he argues, that the things we get hooked on often have high profit margins, be they illegal drugs or iPads.

“It’s actually something to do with the chemistry in our brains. We have got used to the idea that we reward ourselves every time you eat a cupcake or every time you drink alcohol or try particular drugs, all sorts of online sensations — you get a dopamine squirt, you get some sort of reward from your brain chemistry.”

Manufacturers are increasingly attuned to the demand for their product, as customers engage voraciously, he says. Then they futher refine the pitch to appeal to an even more instantaneous craving.

As for his own fix, Thompson admits to being addicted to the Showtime TV show, “Dexter.” “Yeah, I watch it every night until the point where I get into bed, and because of the iPad, I watch it until I’m too tired for work the next morning.” 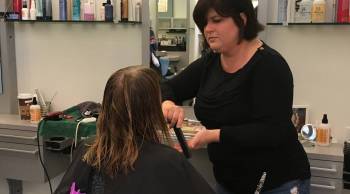 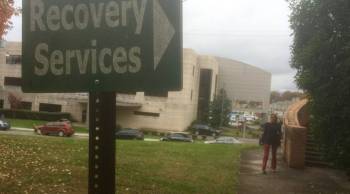 Addiction has soared during the pandemic. Here’s how one treatment center is responding.

In China, it’s heads for a real estate win, or "rotten tails" — you lose