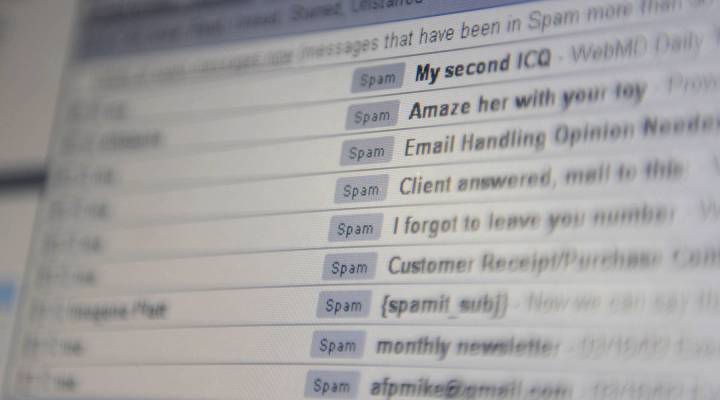 Happy birthday, spam! On what 35 years of spam has gotten us

Happy birthday, spam! On what 35 years of spam has gotten us

For the past few weeks I’ve been getting emails from a woman named Adriana, who has some big news.

First, she and her boyfriend broke up about three months ago, and although I never met him, I can certainly sympathize.

Also, she’s moving “RIGHT EFFING NEAR” me and wants to know if I can help her find a bartending job.

Adriana’s emails are, of course, spam. They’re routed to a folder in my Yahoo account that has messages with alluring titles like, “I thought you might be interested in this.” And I am. I really am. I didn’t start using email until my first semester of college and it has taken me years to resist the temptation of those messages.

This week marks the 35th anniversary of the first spam mail — when marketing manager Gary Thuerk of the now defunct Digital Equipment Corporation, sent out a mass email to around 400 people on ARPANET – an early version of the internet. Thuerk was trying to get people interested in a new computer model; instead he ticked people off.

To mark the anniversary, I spent an afternoon trying to track Adriana down to determine who — or what — she is. I didn’t get a response. I emailed a few more of my spammers, and nothing. None of them seemed to want to talk.

(We don’t recommend you do this, lest you really want to get more spam. But all in the name of journalism.)

“Maybe because they’re on the other side of the world, you’ll get a reply tomorrow,” said a sympathetic Simms Jenkins, the CEO of BrightWave Marketing and author of “The Truth About Email Marketing” and The New Inbox. “

“Everyone thinks about the Nigerian princes of the world,” Jenkins said, referring to a now-familiar scam, and adding that those types of spammers aren’t just in Nigeria.

But he said there’s a sneakier side to spamming, in which clicking on a link can expose your keystrokes, passwords and personal information. He couldn’t formally advise me on how to proceed if I recieve a response from Adriana, though he said if I was one of his parents, he’d advise me to delete the email.

The happier side of spam

I learned something else in the course of my search. I receive very little email spam (for reasons no one could explain) so a colleague suggested I look in my Facebook spam folder. I’d not even realized I had one.

Inside, I found dozens of messages from people I know. One is a young Egyptian activist whom I met while reporting on a protest outside of Egypt’s Ministry of Defense last summer. We spent an entire day together, dashing back and forth along the front line.  I gave her my name, but in the chaos of the day, I lost her phone number. I tried to find her for months afterward — asking other student activists if they knew a green-eyed psychology major named Hadeel. I discovered today that on the day we met, Hadeel sent me a message on Facebook.

I have always thought of spam folders as protection — a way of avoiding messages that aren’t of any use. In retrospect, I find it a little weird that my inboxes are making my mind up for me.